Despite Tokyo being a city of ramen lovers, there’s also a seemingly never ending number of ramen shops, so whether the owner of the little eatery below lost the battle of increased competition, or simply lost the battle against time, I don’t know. The wonderfully dated nature of the fittings, however, do seem to suggest it was the latter, and such an ending sadly wouldn’t be the only one I’ve photographed this year. Yet whatever the reason, the place still looks absolutely incredible despite being abandoned. 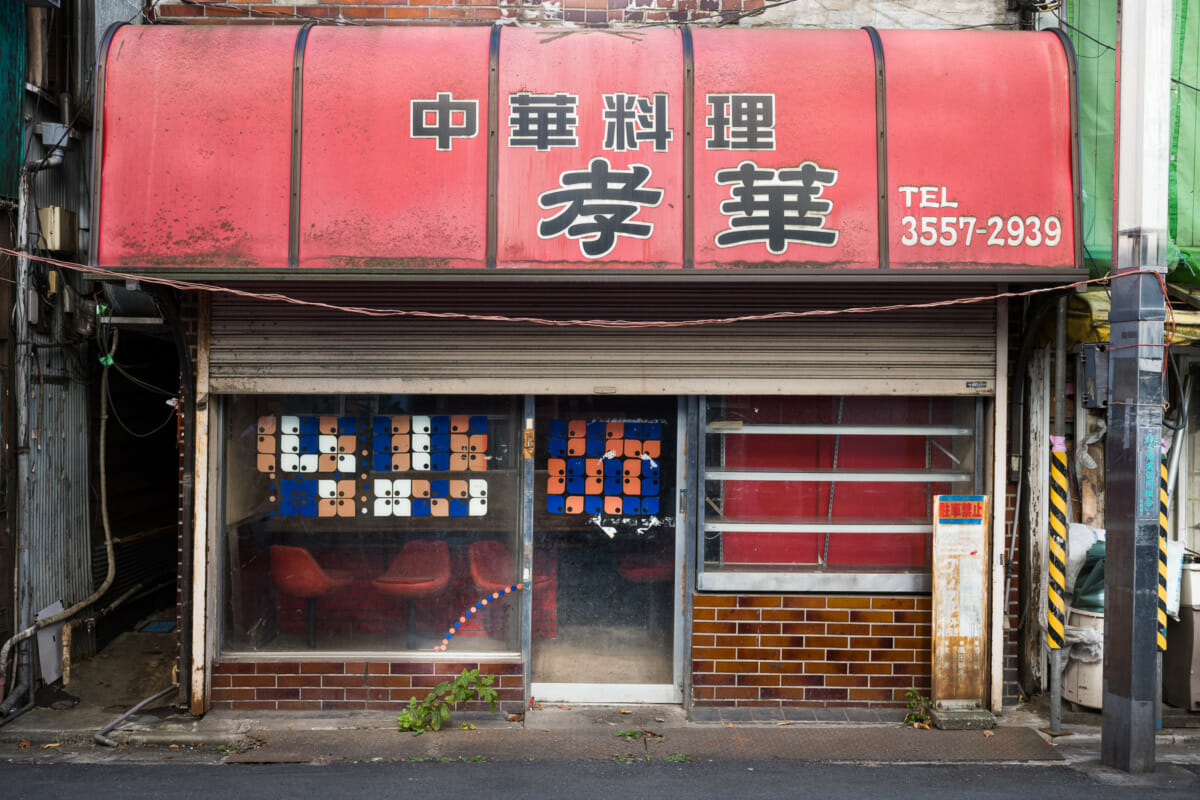 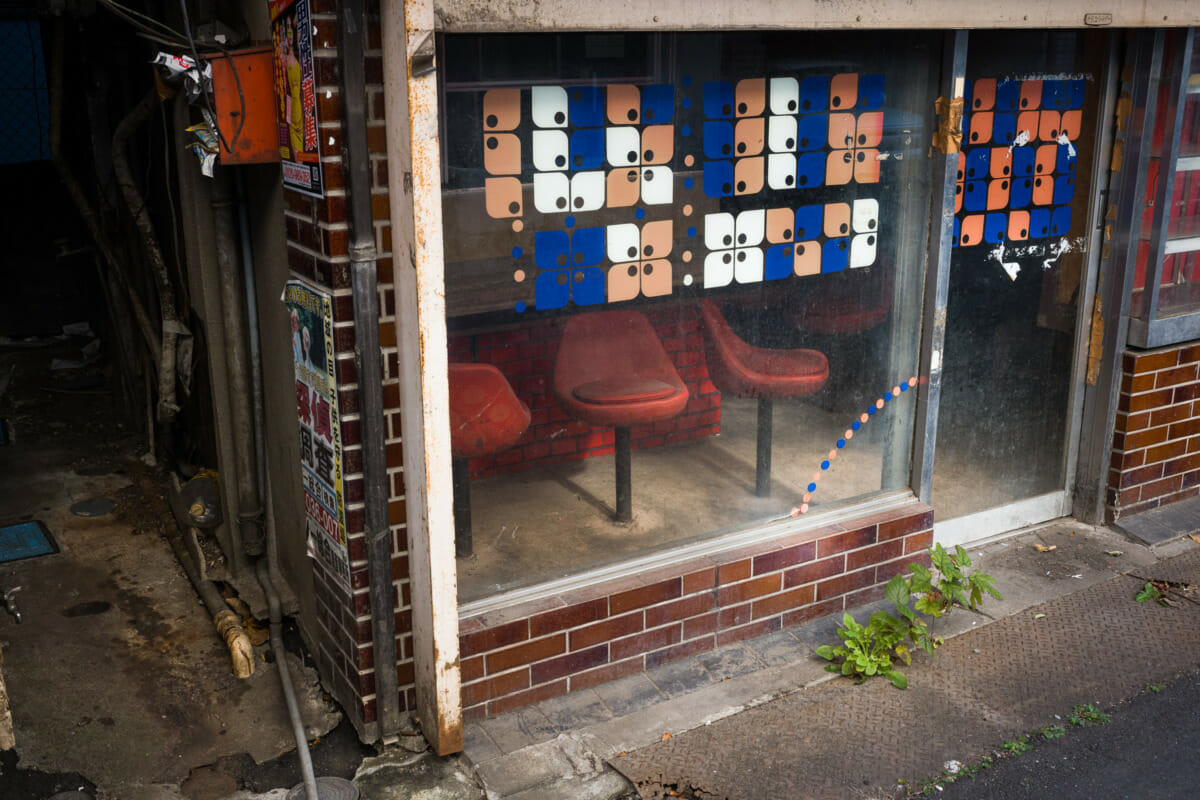 The narrow alleyway on the left led up to a couple of second floor rooms which were interesting enough. Or the combined cassette and 8 track karaoke machine was anyway. 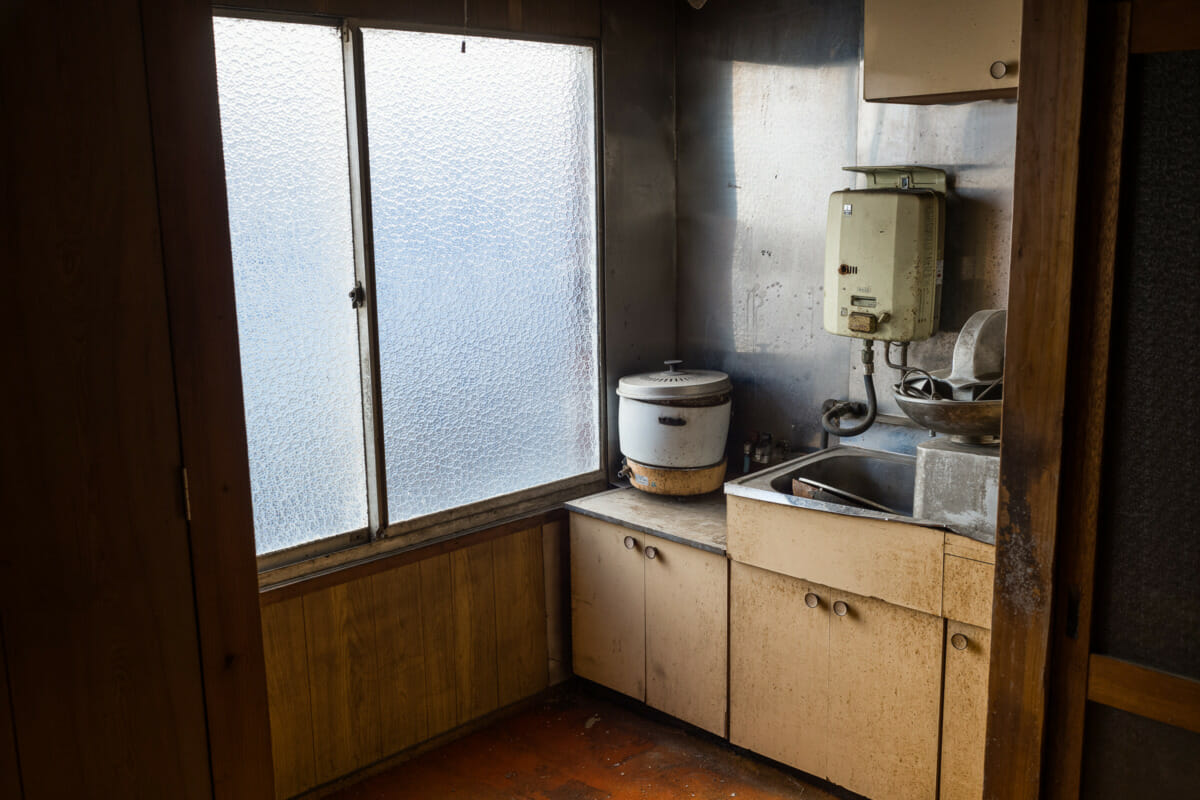 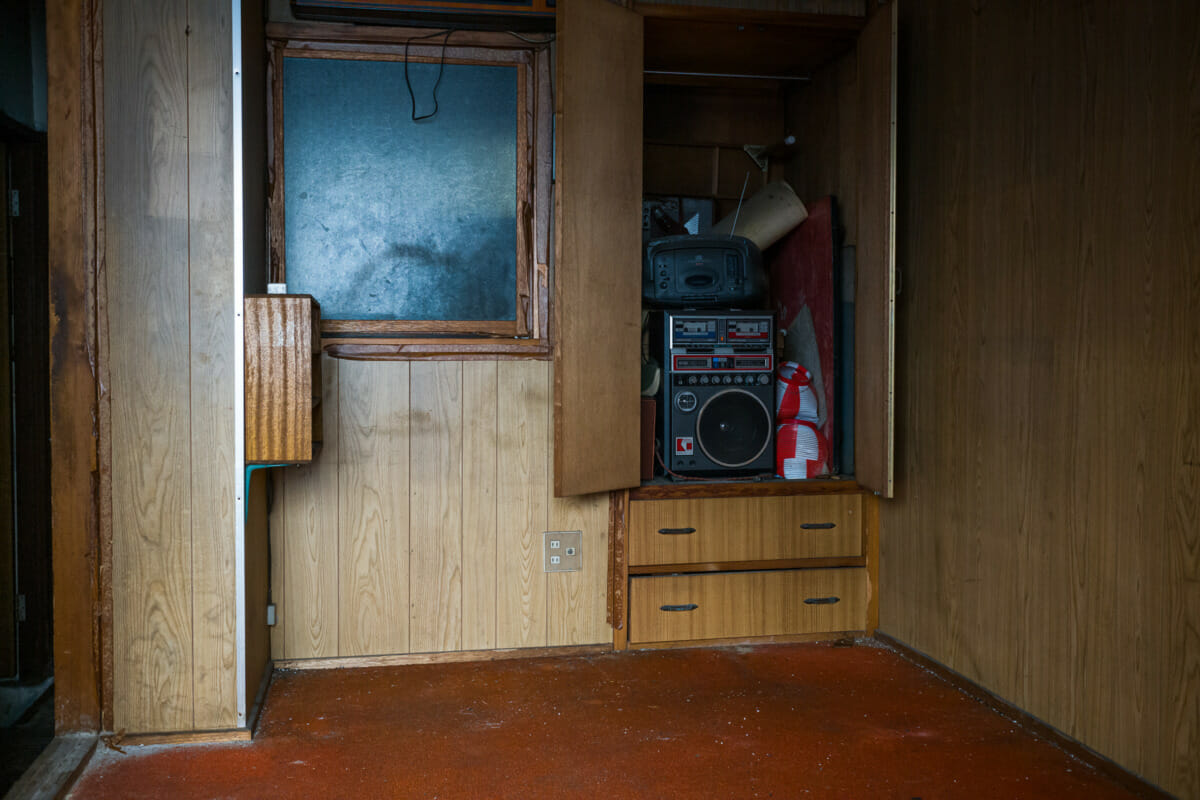 But music player aside, it’s without a doubt all about those stunningly retro red chairs. 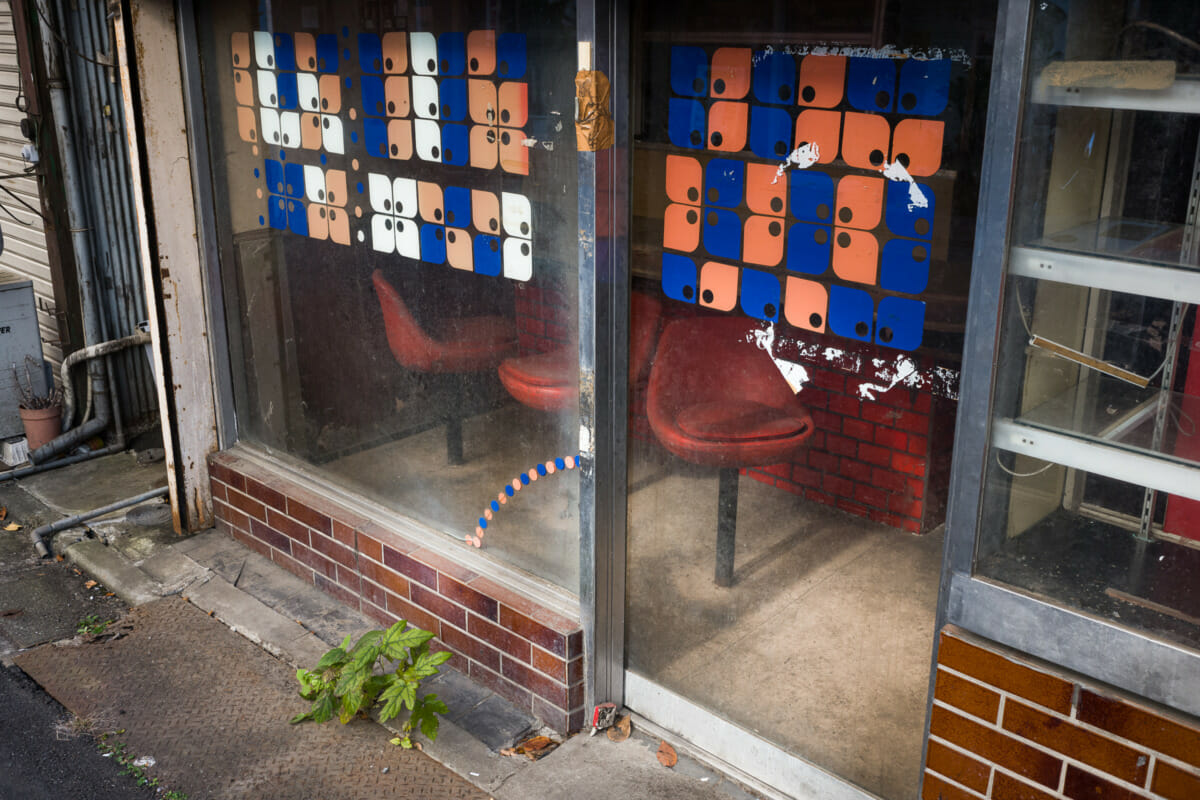 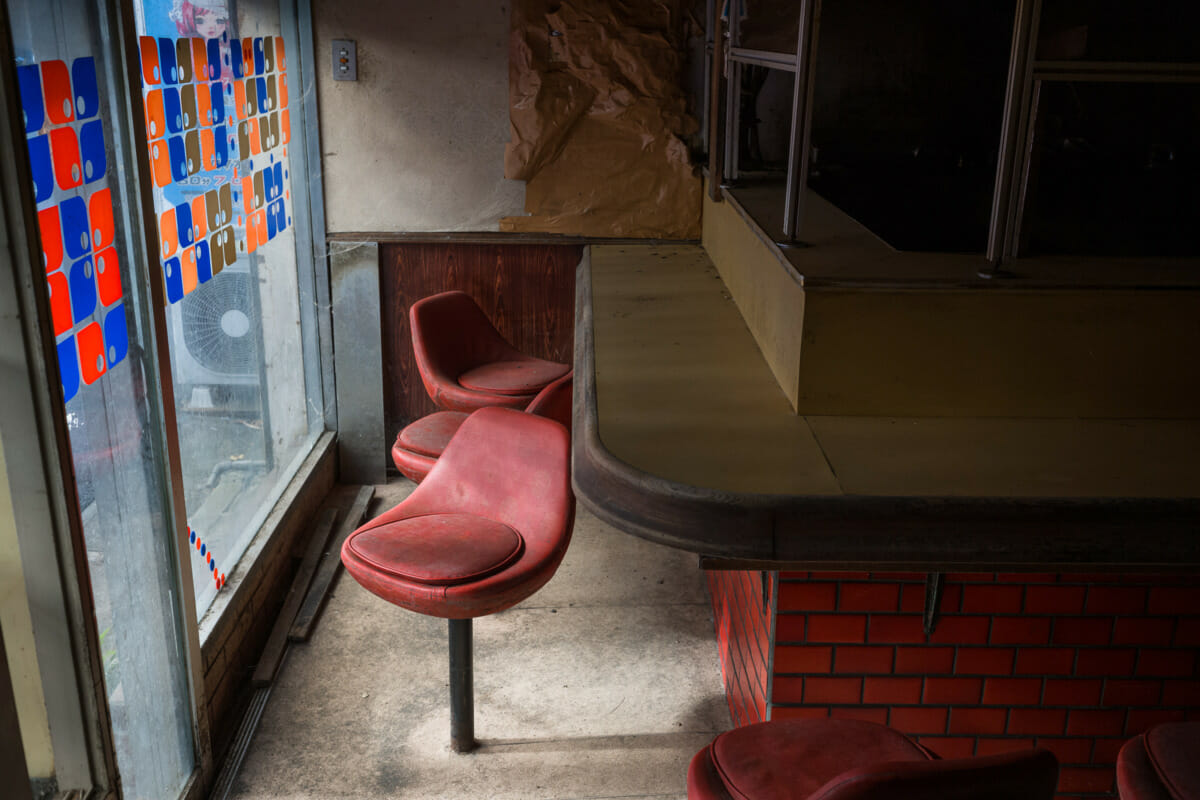