Cheap, cheerful and not especially cleanly bars and eateries remain common finds in Tokyo. Utterly unpretentious places where anyone can pull up a chair and enjoy good, honest food and booze. All of which is served in a similarly genuine manner. 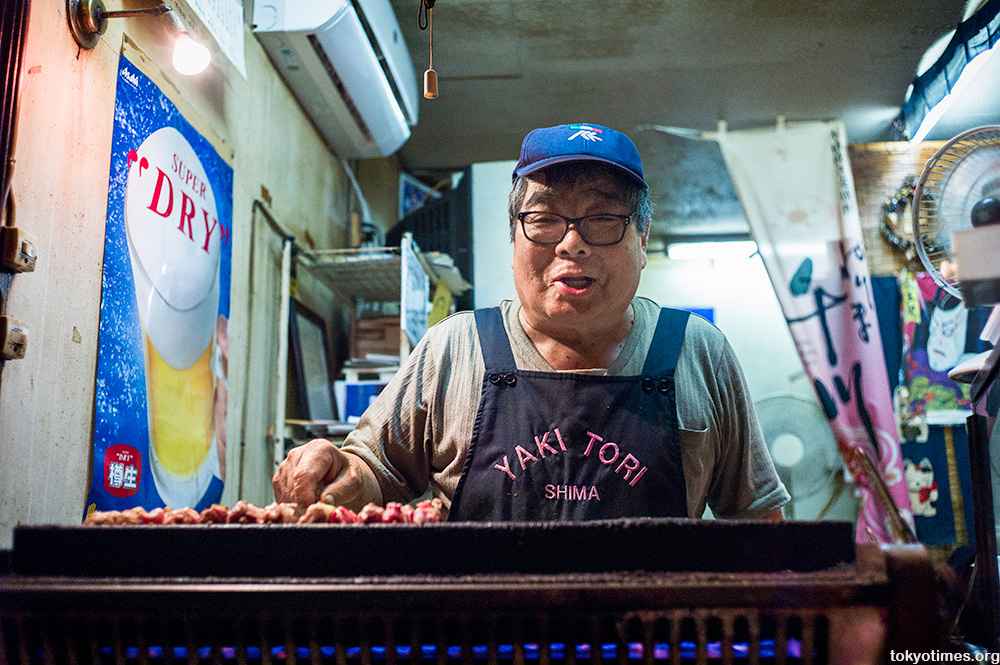 Many of these establishments have memorable quirks too; their confined nature often meaning certain compromises need to be made. And from experience, this can result in some interesting, or at least interestingly placed, lavatories. I’ve had to go to one behind a fridge. Others that have involved going outside and then back in again through a different door. Plus another that required a walk down the area’s main street, before turning into an alleyway where the bar’s toilet was. Or at least a toilet was.

But in Yakitori Shima, the fact that the question of whether a wee or a poo was needed when enquiries were made about the toilet’s whereabouts, suggested it could be more of a concern than a mere quirk. And such concerns were indeed confirmed when directions led to this (blue) bucket-based affair round the side of the bar. A toilet made all the more public by also being across from the entrance to an apartment building. 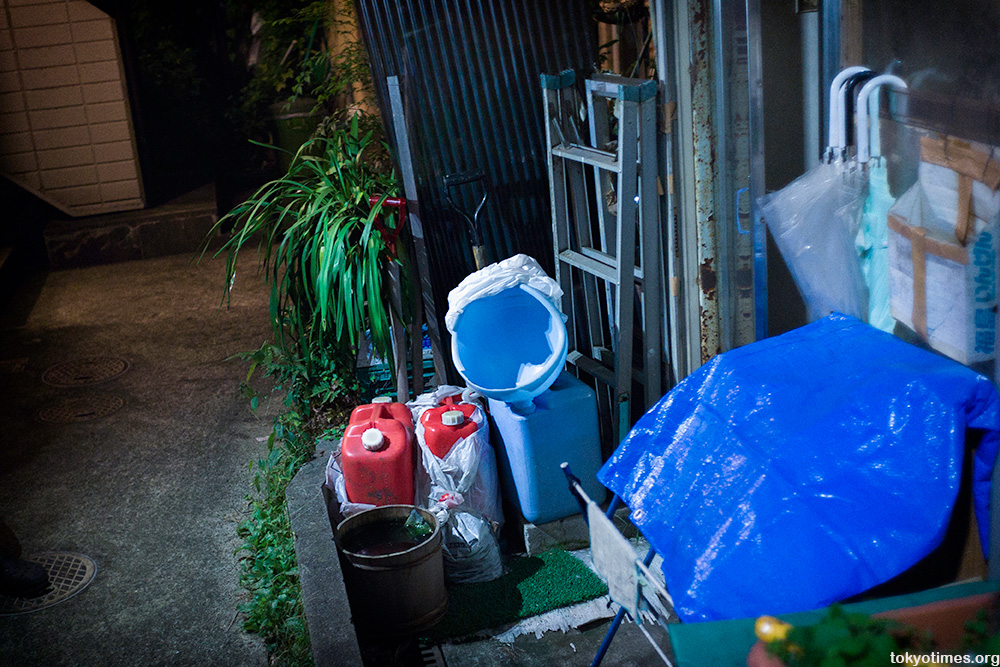 Mercifully for the ladies, or indeed men needing to evacuate other matter, there is actually a more conventional facility through the door to the right of the bucket. It is, however, up some stairs that are so steep a rope has been added in a slight nod of sorts towards health and safety. 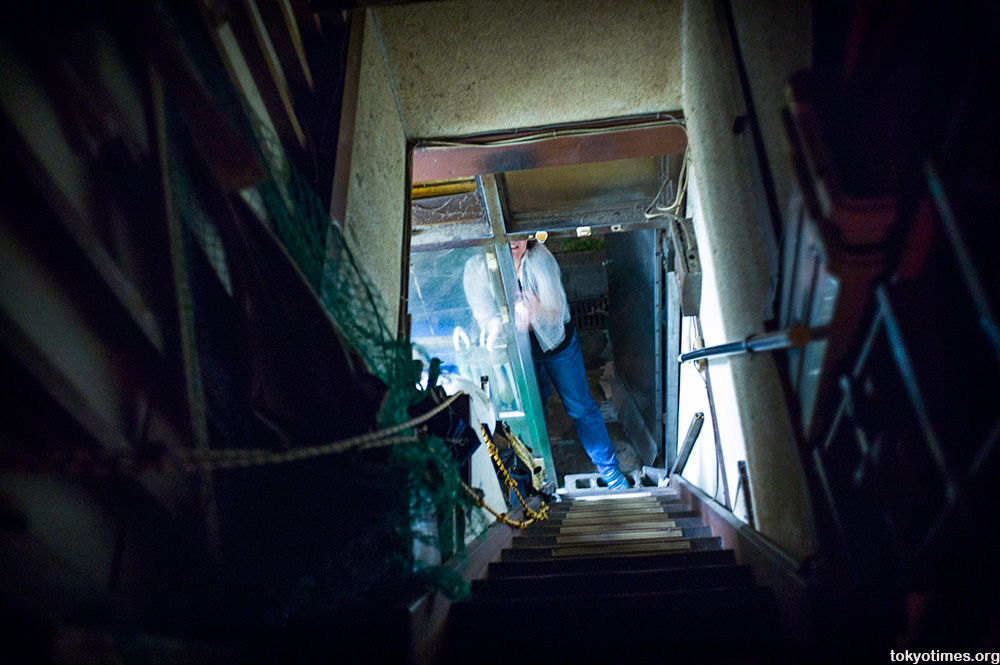 And yet at the end of the day, none of these peculiarities hurt Yakitori Shima’s back-to-basics charm. As with cheap beer, good food and a wonderfully genial host, how could they? 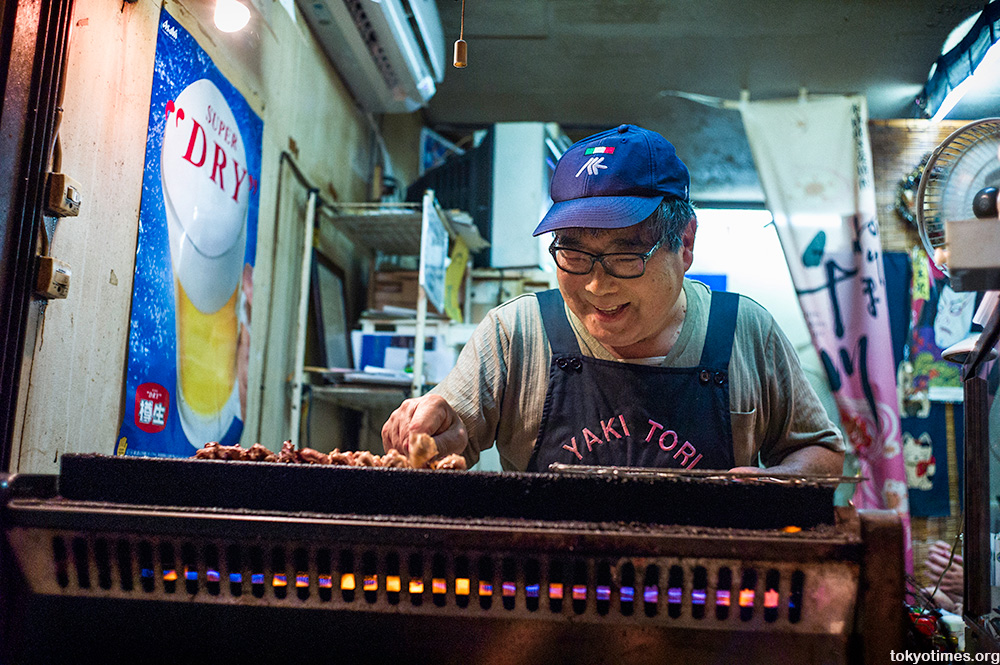