Seeing people drunk and asleep on the street isn’t all that unusual in Tokyo. In fact, it’s so relatively common that I’ve managed to build up a fair sized series of both men and women publicly sleeping off a very big night out.

Passed out transvestites, on the other hand, are a much rarer breed. So rare in fact that up until recently I’d only ever seen one — this one to be exact.

Now, however, that number has doubled to two. 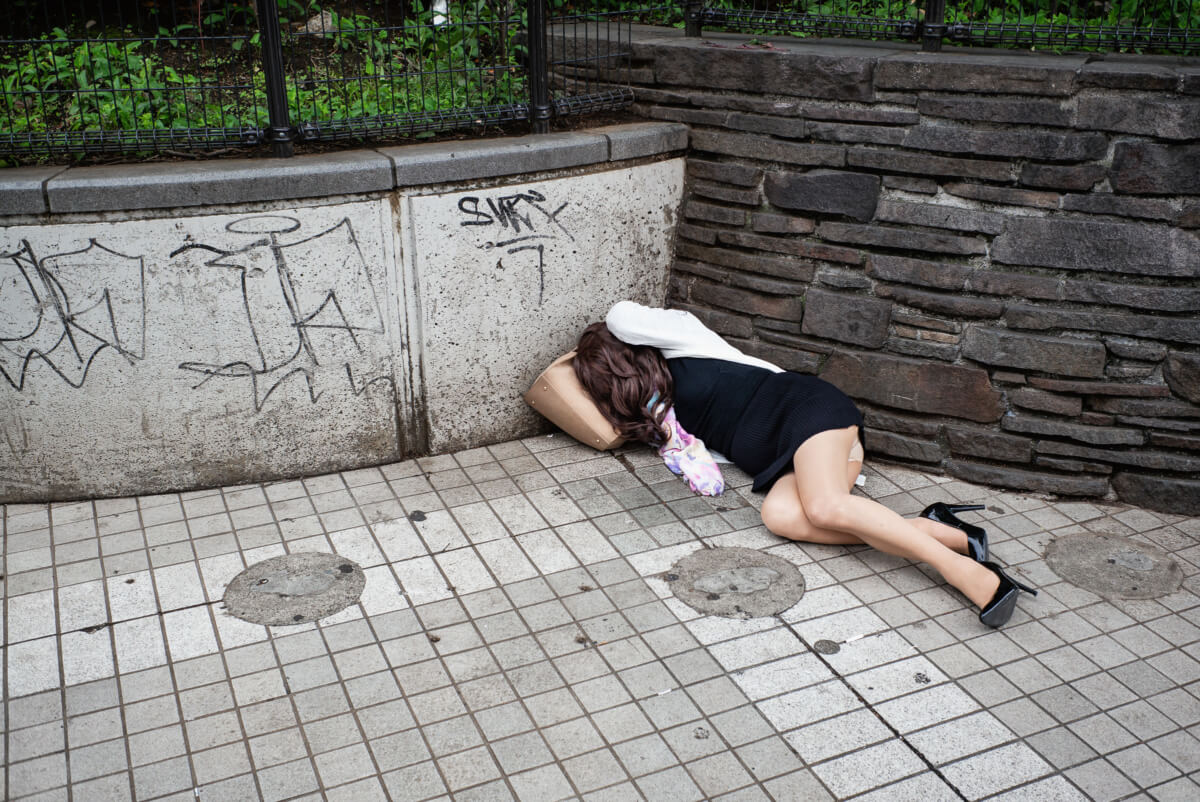