Last year I posted a set of old and no longer functioning Japanese vending machines. From booze, cigarettes and even batteries, those one time dispensers now stand empty and unused — their former necessity usurped by convenience stores and a rapidly changing culture.

Some of those machines I still have a real soft spot for. They look incredible, plus they also have an impossible to describe character. I even went as far as saying they possess a quiet dignity of sorts, which despite sounding a bit far-fetched isn’t all that difficult to imagine.

Since then I’ve been lucky enough to find several more, but the one below deserves a post all of its own. Design-wise it’s not all that different to its more modern cousins, but the decay and rust stains really set it apart. Now whether any of that means it has dignity or not I don’t know, but what isn’t up for debate is how truly unique it looks. 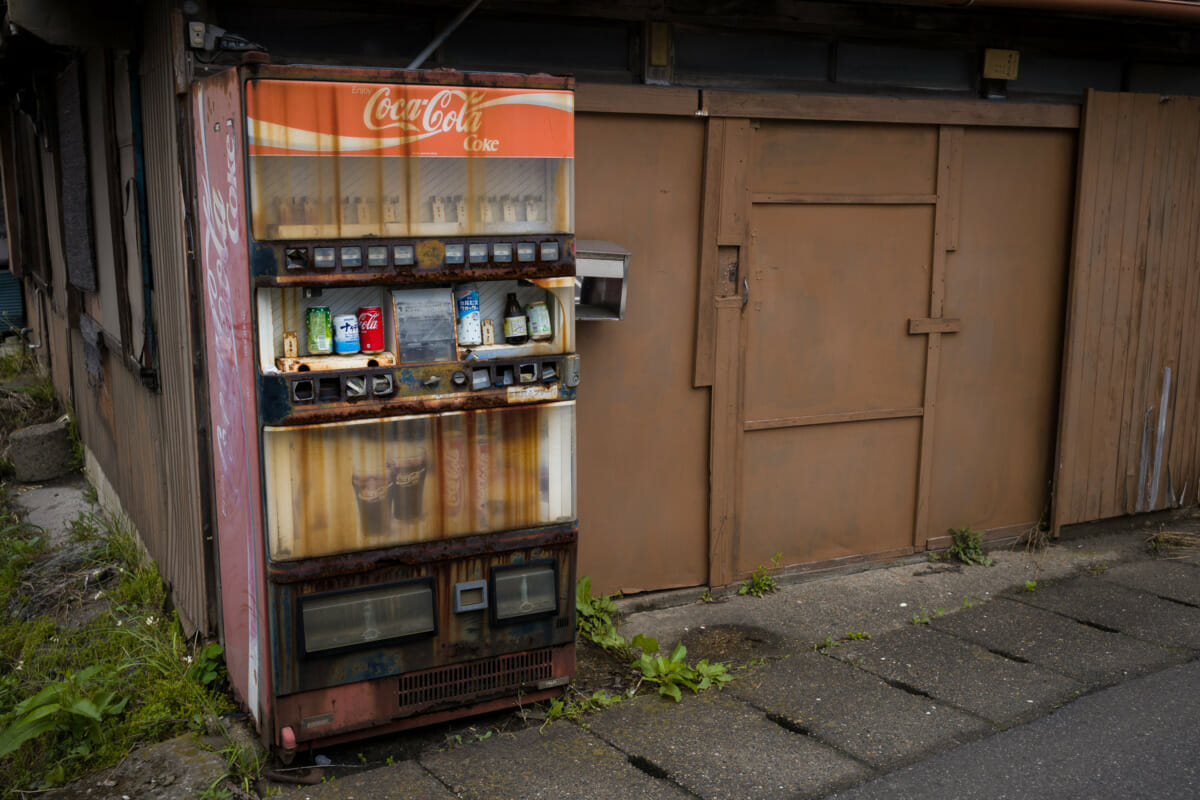 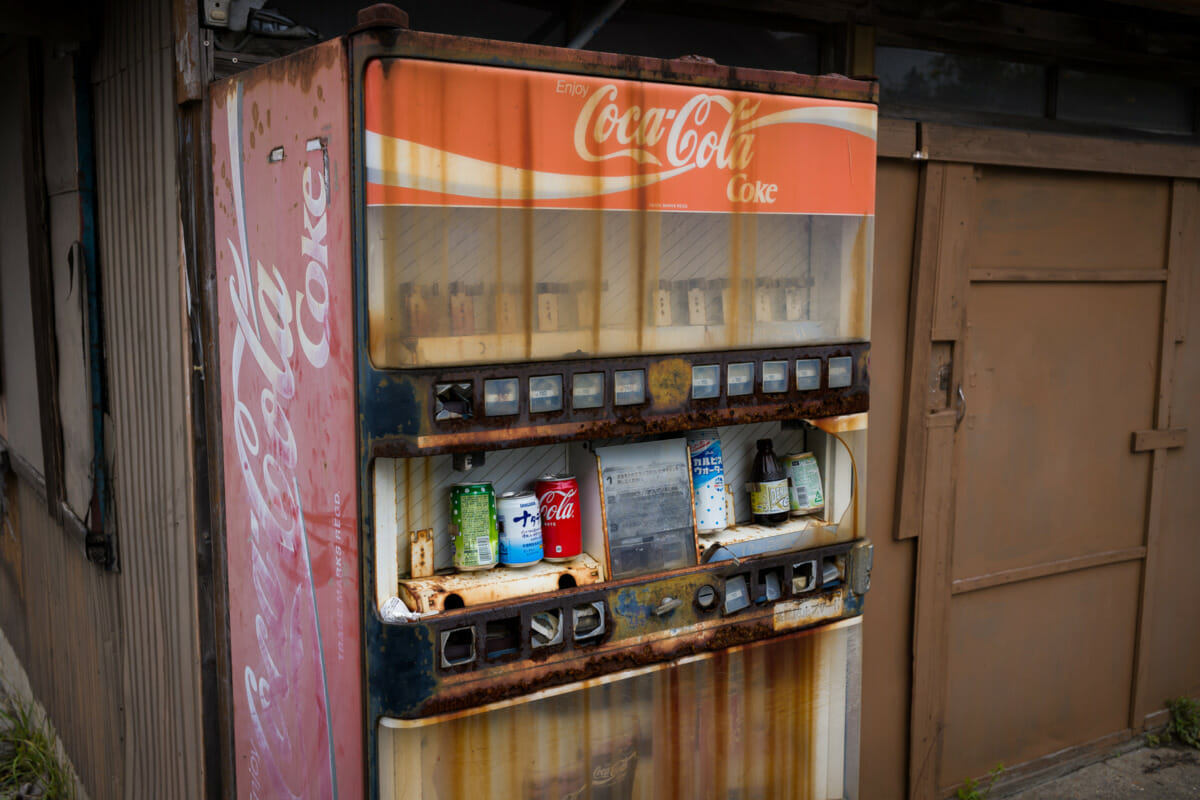 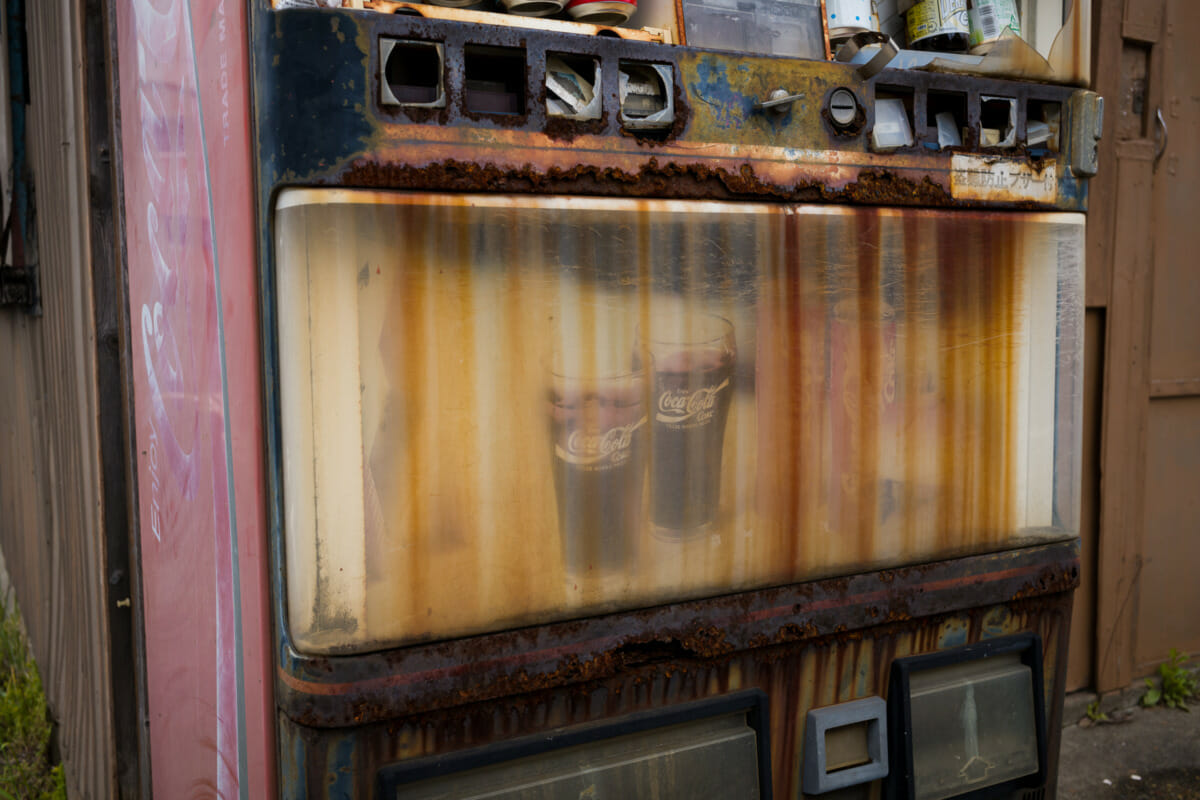