There are numerous reasons to seek out old Tokyo bars run by equally old people. The often similarly ageing decor is one thing, as is the invariably relaxed and carefree vibe, but perhaps most of all it’s the wealth of stories one hears that makes them truly memorable. Tales from an incredibly long life lived on the city’s far western reaches for example, or the culinary adventures of a lovely fella who left home at 14 so he could train to be a French chef. All unique and genuinely enriching elements of such evenings, and the hours spent in the little bar below were no different.

The clutter on display suggested it had been there for decades, but the mama-san only opened for business 10 years ago. Deciding, at the then sprightly young age of 73, that she needed somewhere small. And small it is, with space for 6 people at the most — allowing her to comfortably cook, serve drinks and still have time for a well earned sit down and cigarette.

All of which is rather different from her younger days. Starting out as a company salesperson of sorts, she enjoyed several business trips to Asia and beyond, but ultimately it wasn’t really her thing, so she made a switch to the entertainment industry. A move that culminated in her running a club in Shibuya, where the clientele, and the many women who looked after them, had to to be managed. This turned out to be something of a high point of sorts, as after that she moved to progressively smaller establishments, in progressively more suburban locations, resulting, many decades later, in where she is now. A place where she’s still happy, still running a tight ship, and despite disagreements with her truly enormous cat, still very much her own boss. 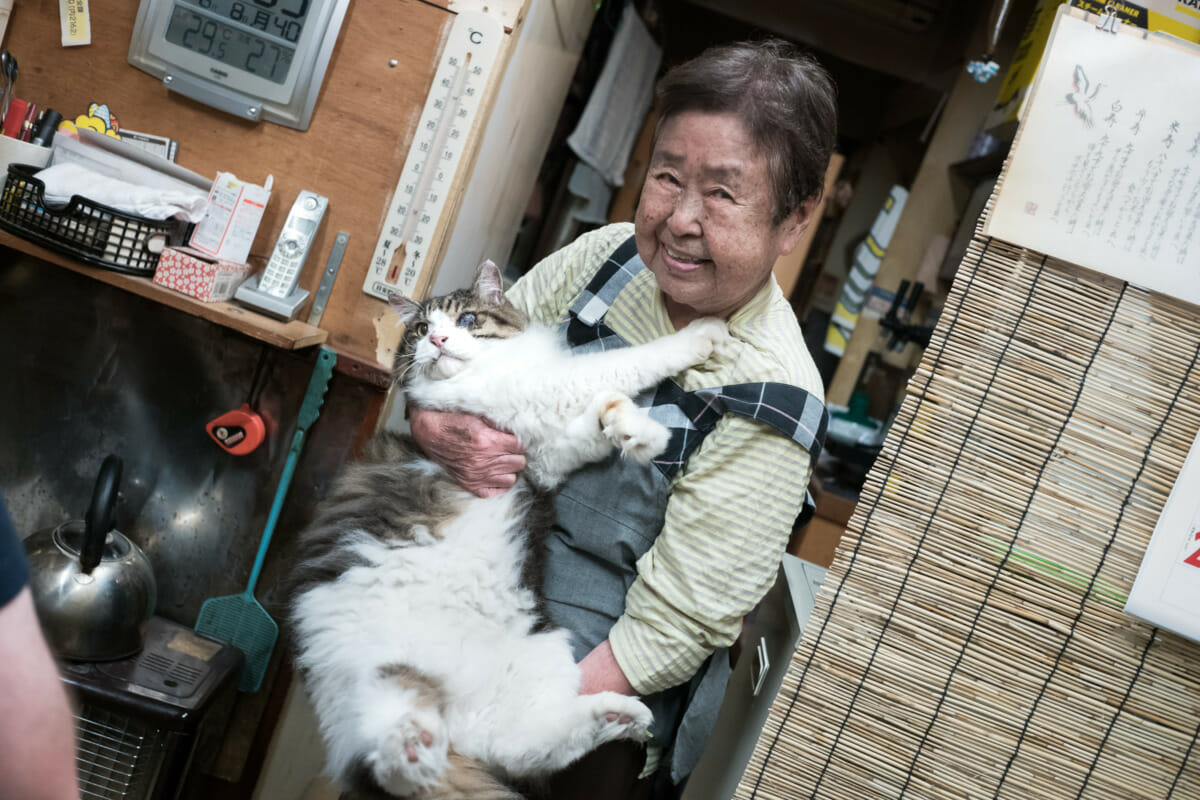 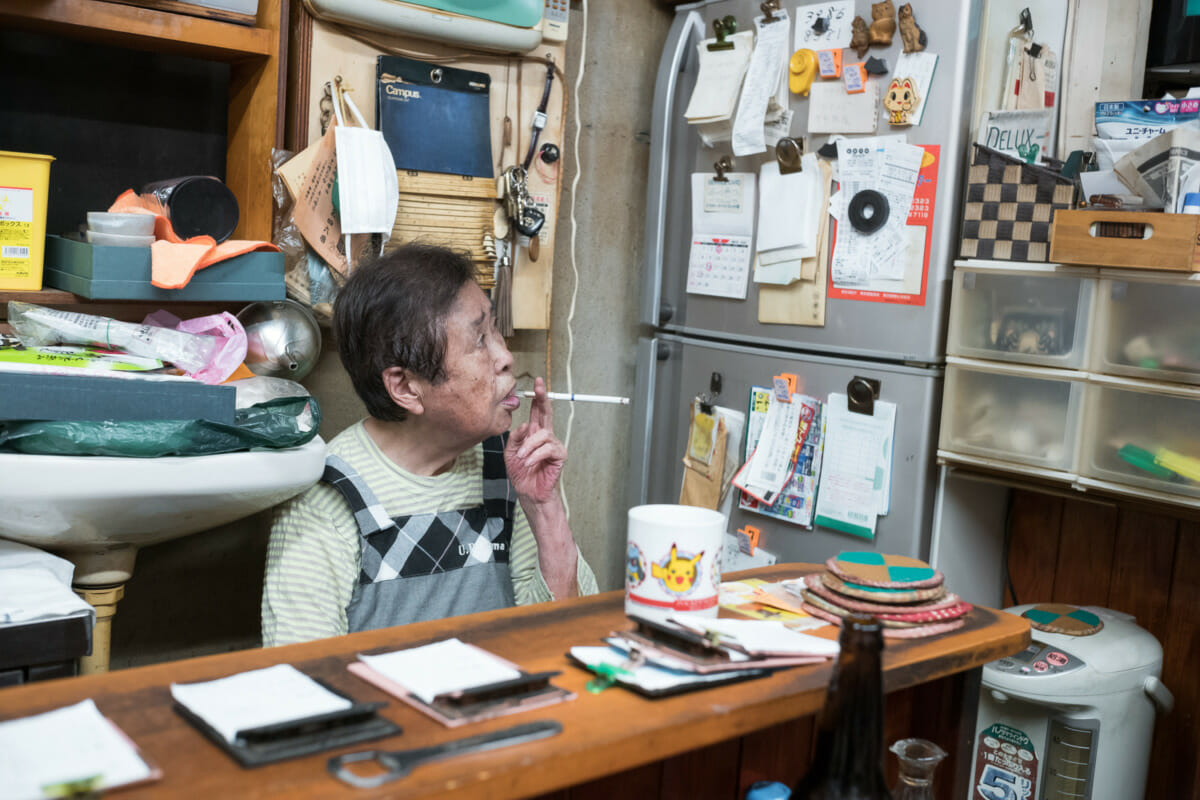