Japan may well have suffered several decades of economic stagnation, but Tokyo is still a city very much in flux, with buildings both big and small going up and down at an almost dizzying pace. A transformation generally done in the name of progress, but which at the same time often destroys a good deal of the city’s character — even its soul if one is inclined to get a little sentimental about such things.

The wonderfully archaic Tsukiji fish market will soon move to new premises, and Kabukicho, the capital’s famous red light district, is steadily undergoing massive changes — with far more dramatic ones already being put forward in the run-up to the Tokyo 2020 Olympics. A ‘clean-up’ that some fear will also include Golden Gai, potentially depriving the city of another of its icons, not to mention a link to the past.

But that’s not to say that other old, practically untouched pockets of Tokyo don’t exit, because they do. Like this fabulously dated sweet shop for example. A business that with a bit of luck will live on for as long as its owner does, although the chances of it going on to outlive him are sadly next to none. 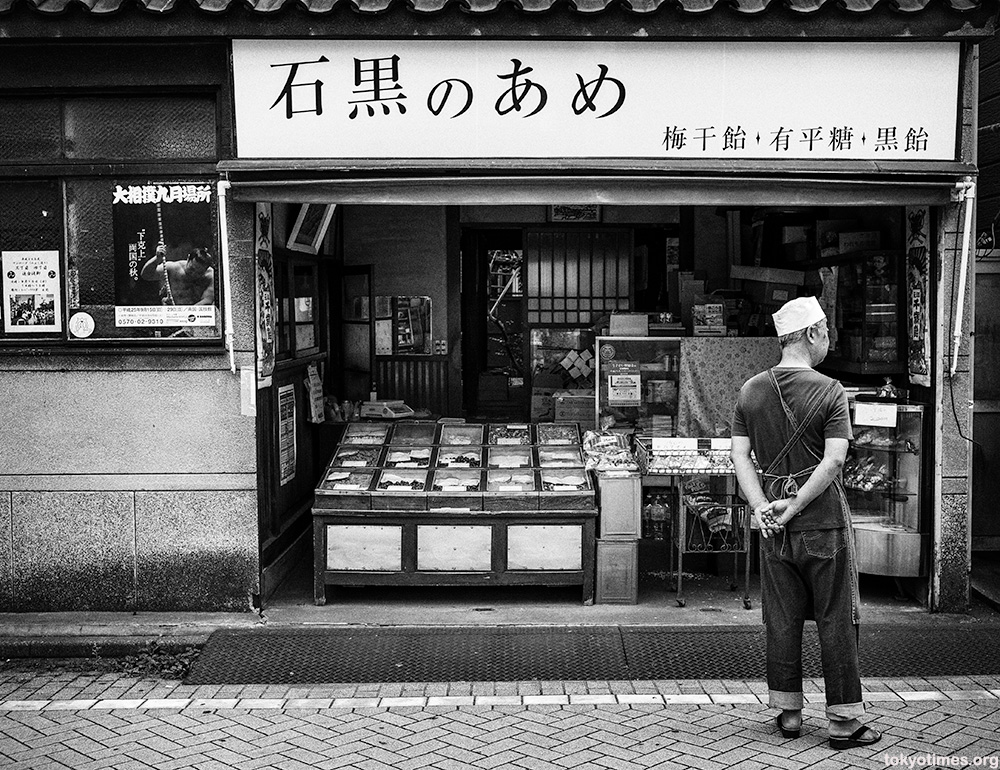