Away from the bright lights and busy streets, Tokyo boasts a huge number of local bars, many of which are run by senior citizens. Fascinating, often grubby little places that are filled with as much character as their unflagging and friendly hosts.

And this small bar and eatery is no different, along with the added bonus of a design that blurs the ideas of inside and outside. 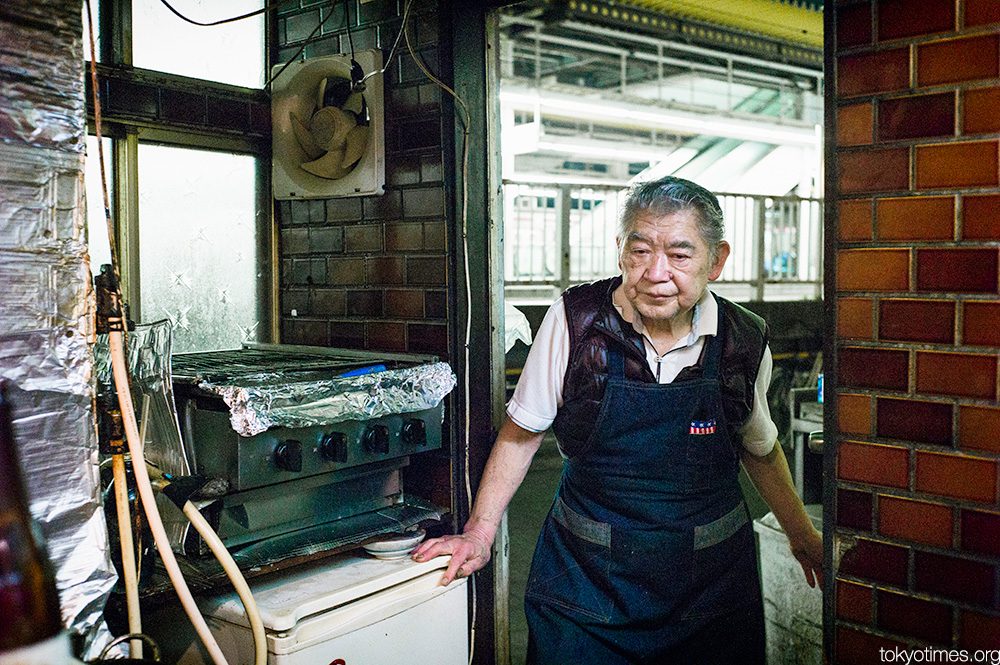 But age can, at times, catch up. And with all the serving and cooking that had to be done, the master began to visibly wilt. 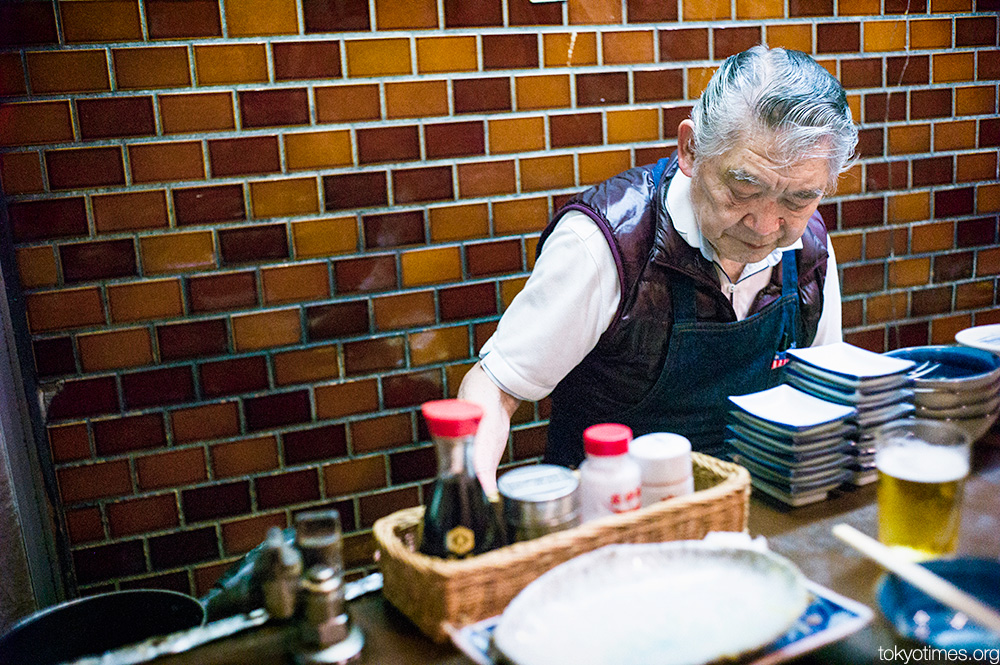 Determined not to be defeated, however, he sneaked in a few naps during the occasional downtime. 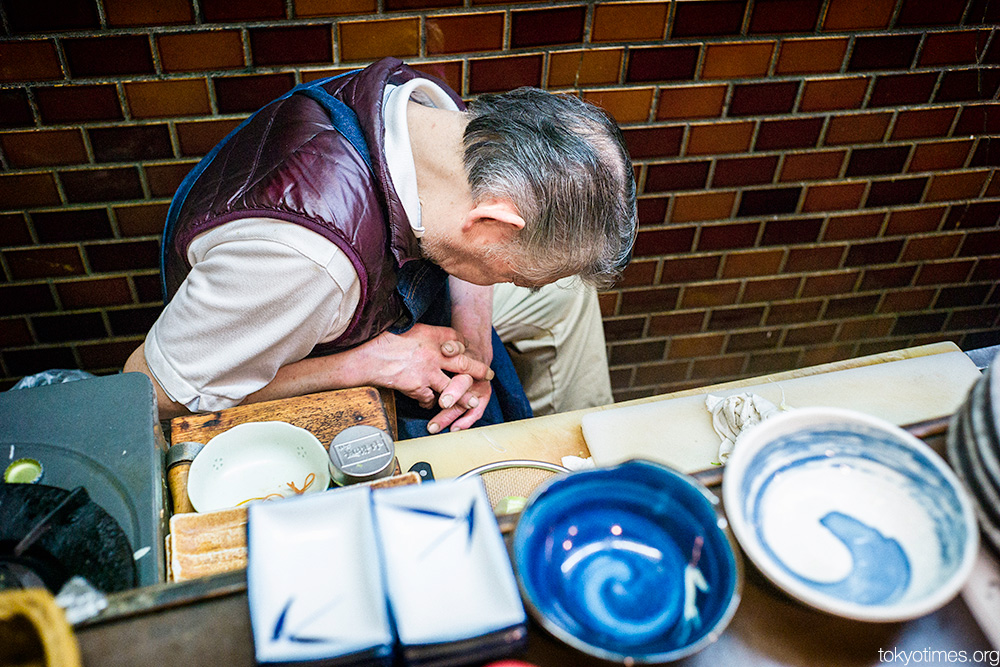 Resulting in him still going strong when we were looking at getting the last train.