During the daytime it’s hard to know whether this little bar is a going concern or not; its different signs and decidedly rundown appearance making it seem arguably more defunct than actually functioning. But come 9 o’clock, the lights flicker on, the five or so seats are set ready, and the karaoke machine is ceremoniously fired up. 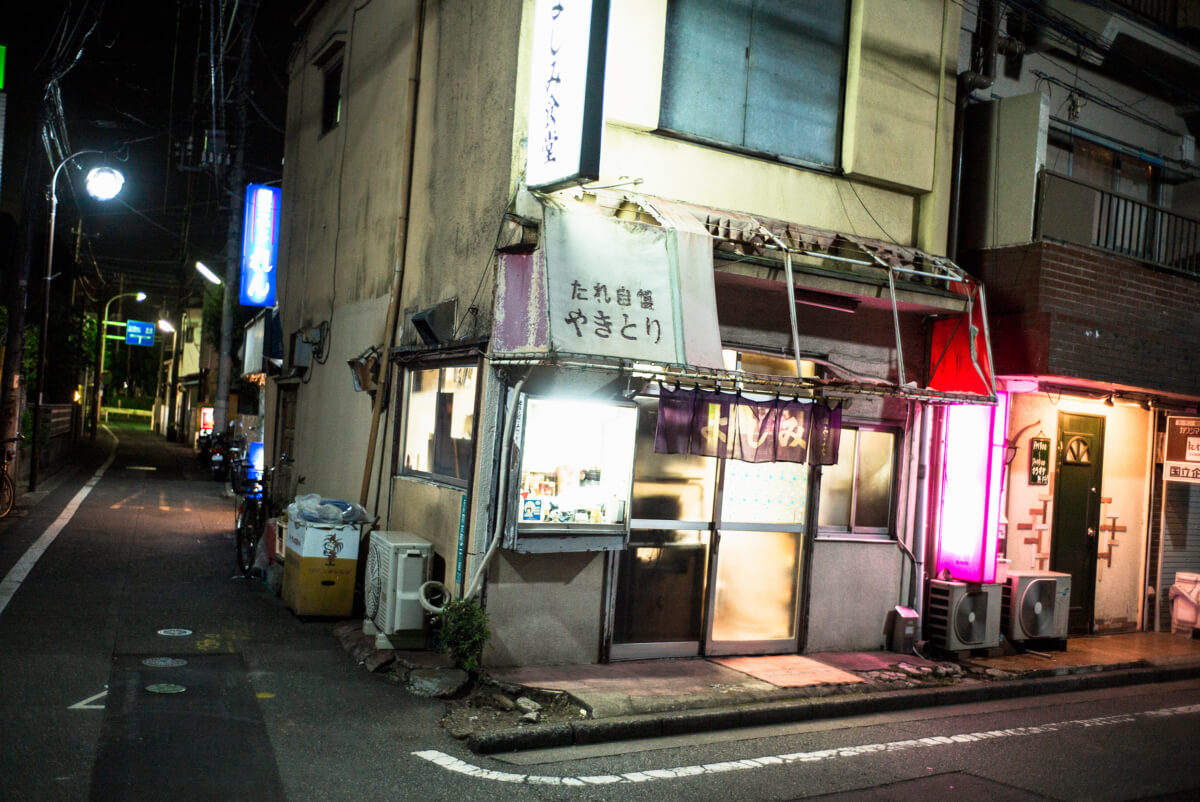 And fired up is what the owner is as well. His father started the business half a century ago, and as the exterior suggests, its initial focus has changed somewhat, with chicken on a stick making way for chitchat and a singsong. But 10 years ago the current master-san took over, ending a full career as a businessman to start a new one behind the bar. One he was clearly made for too, as despite being 70, he shows no signs of slowing down — or indeed even sitting down. 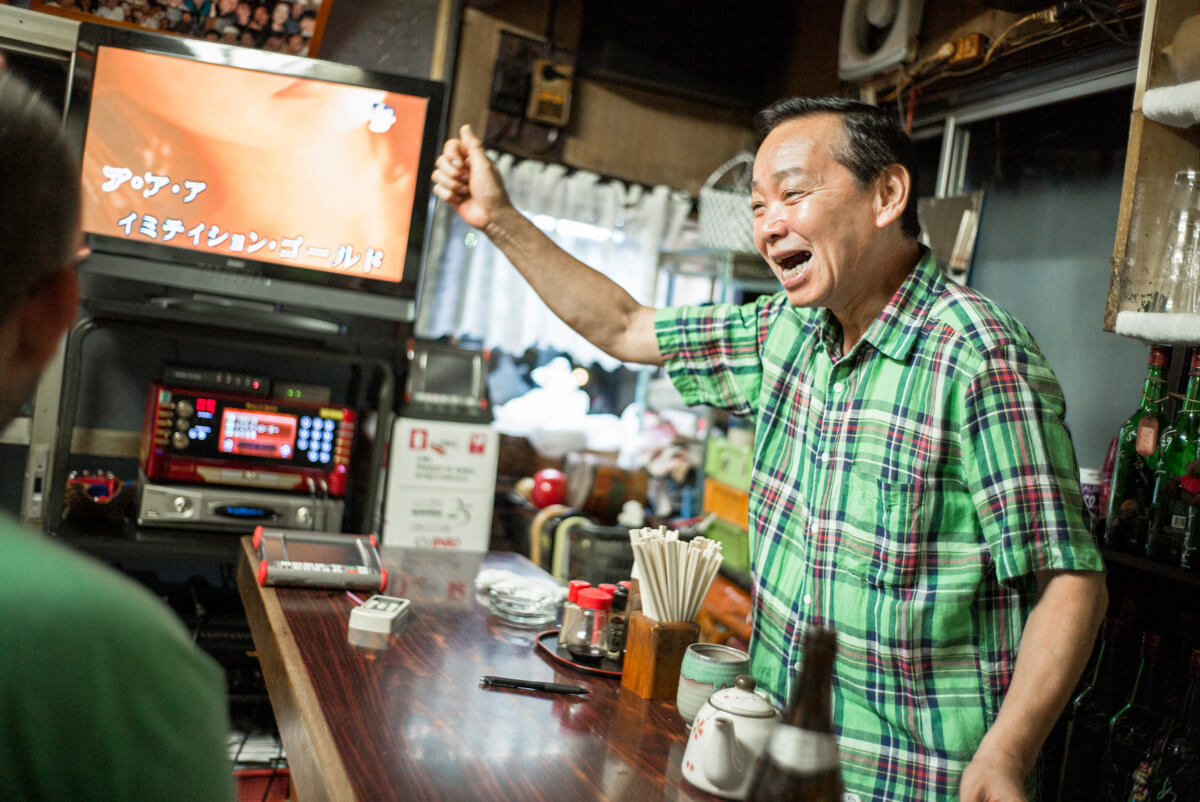