Confetti throwing may still be popular, but for Japanese brides, the bouquet toss appears to be old hat, with many couples now opting to inexplicably throw a teddy bear instead; a trend that paint company Sunamiya is hoping to exploit, the Ehime Prefecture based firm coming up with a bear blaster of sorts. 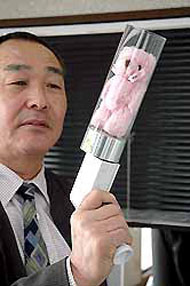 The gun-shaped device ingeniously allows blushing brides to effortlessly launch terrified teddy bears high into the air, and so as not to injure unsuspecting guests, the bears are equipped with parachutes, allowing them to gently descend to the presumably awestruck throng below. Such technological advancements making the company confident of success, a spokesperson proclaiming, â€œWe’re hoping to capture the hearts of couples.” 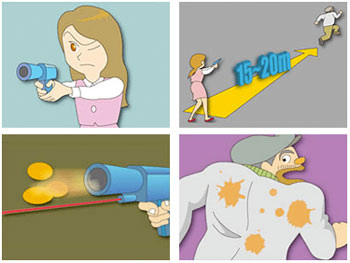