“Conducting a survey to find out what drives people to kill themselves is the first thing that needs to be done, but we also should not wait to implement actual preventive measures.”

Yasuyuki Shimizu of anti-suicide group Life Link on what his organization feels should to be done to try and lower Japan’s disturbingly high suicide rate.

The likes of work-related stress, financial concerns and the seemingly never-ending wait for the PlayStation 3 may all rank highly in any such survey, but thanks to the pioneering research of An Englishman In Osaka, another — thankfully more manageable — cause has been unearthed; rather bizarrely in the form of canned coffee. 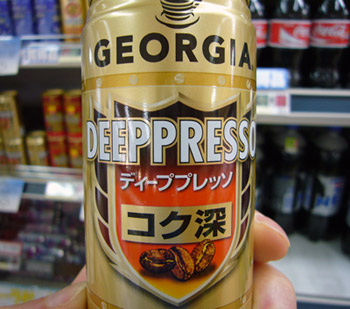 After years spent teaching the world to sing, parent company Coca Cola now appears intent on inducing a heavy sigh rather than a song, although to be fair, its advertising campaign doesn’t attempt to suggest anything different. The promotional picture below presumably leaving canned coffee connoisseurs in little doubt who has been indulging in the Deeppresso. 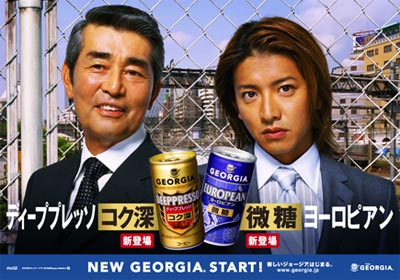