Should he return to school after the long summer break, 24-year-old Kota Wakabayashi may not receive the warm reception he is probably used to, as over the weekend the junior high school mathematics teacher was arrested for trespassing after being caught peeping into a man’s house in the early hours of Saturday morning. 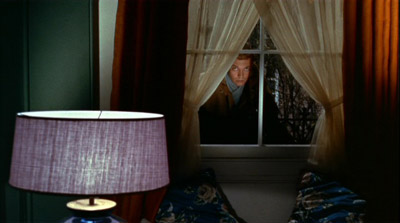 Taking the concept of ‘neighbourhood watch’ to extremes, Wakabayashi-san was picked up for peeking into the home of a 44-year-old company employee — just a few hundred metres from where the young teacher lives. The misguided mathematician making no attempt to disguise his dishonour by telling the police, “I went in because I wanted to peep.”

School officials were understandably shocked by the arrest, with headmaster Atsushi Misono saying, “We’re really surprised by this. We’ll hold an emergency meeting for parents on Saturday night to discuss how we’re going to go on from here. We’d like to apologise.” The perplexed principle further adding, â€œWe had expected big things from him.”

The latter being a wish quite possibly echoed by the wily Wakabayashi himself — albeit under slightly different circumstances.