Health product company owner, Akihito Ishii, was arrested yesterday for selling a breast enlargement medicine that had no effect whatsoever. A violation of the Pharmaceutical Affairs Law.

Ishii-san promoted the product by saying, “No matter what bust size you have, you’ll be two sizes bigger by the following month. You’ll easily make that D-cup bust you’ve always wanted.” A bold claim indeed.

Unfortunately a large number of women fell for this outlandish sales pitch, and it is estimated that 36,000 boxes of the breast enlarging tablets were sold. Netting Ishii a cool 200 million yen (1 million pound) profit.

Those who took the pills said they had no side effects, but at the same time no effect in the breast department either. Which in some cases is perhaps just as well, as investigators are directly accusing Mr. Ishii of selling 48 boxes of tablets to a 27-year-old woman and eleven others. That’s a lot of tablets. Just imagine what the young ladies would have looked like if the medicine had worked.

And whilst you ponder that scenario, here’s an innocuous picture of some fruit to pass the time. 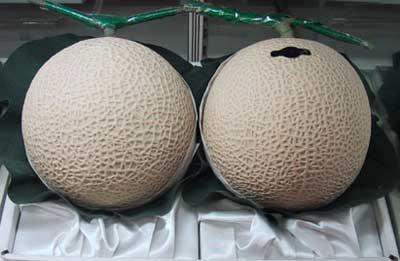