For people partial to a few pints of beer now and again, Japan is by no means a bad place to be, as along with numerous regular and really rather good lagers, there are also plenty of cheaper options for those whose wallets aren’t quite as bulging as their bellies.

Low malt ‘beers’ (happoshu) for example are saddled with less tax, creating a drink that is almost beer but at a better price. And with an alcohol content usually around the 5.5 percent mark, any issues surrounding taste are often quickly forgotten. Plus for those who don’t miss malt at all, there’s a third alternative, rather appropriately named ‘third beer’ — a process that uses pea or soy protein to produce an even cheaper beer-like brew.

All in all it’s combination that has seen beer (and beer-like) beverages account for almost two thirds of Japan’s alcohol intake, whilst the nation’s traditional drink of sake has slumped to a seriously sober 8 percent of the market.

Price however is perhaps not the only factor, as beer makers it has to be said really know how to push their products. A bikini-clad and lager loving young Japanese lady for example is the perfect promotional tool, as after one or two too many, confidence is increased, and maybe, 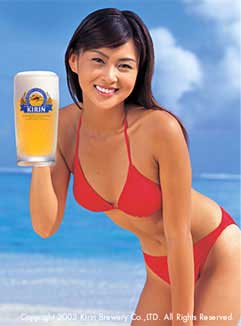 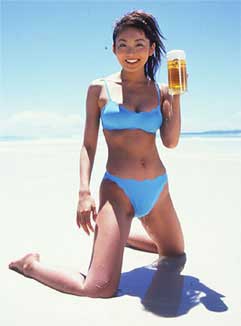 such a busty young beauty would simply be unable to resist a randy fella who is a little rotund and red-faced. 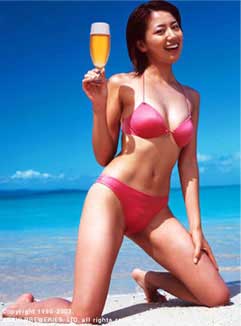 Sake manufacturers on the other hand have managed to make a real mess of their marketing, and instead of giving drinkers something to dream about, they have inexplicably opted to offer boozers a painful picture of what they may well become. 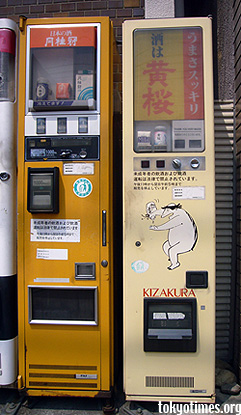 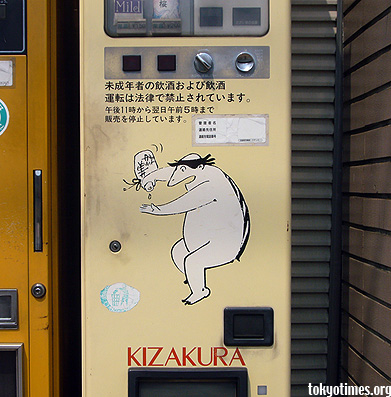