With somewhere in the region of sixty percent of Japan’s coastline already covered in concrete, it seems fair to say that its brave battle against the grey stuff has catastrophically come to an end as, just like the nation’s almost completely coated rivers, a counterattack is now inconceivable — both practically and politically. 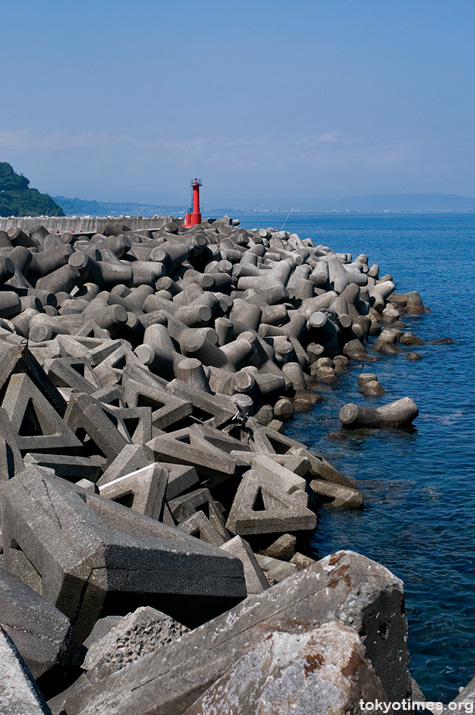 Yet as unsightly as the shoreline may now seem, it does, it would appear, at least offer plenty of convenient crannies for finding fish. 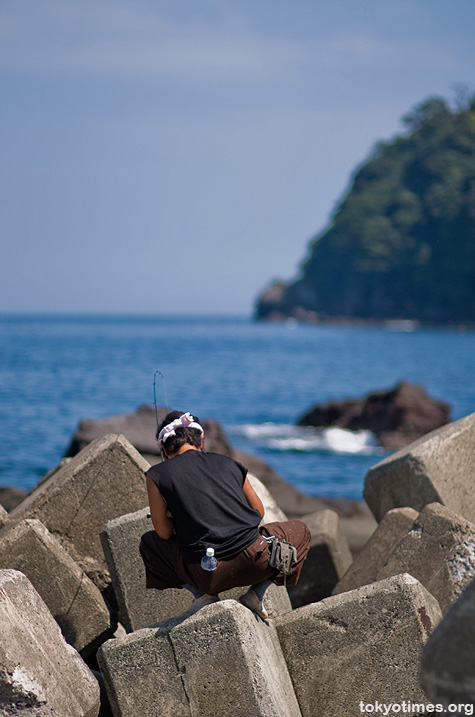 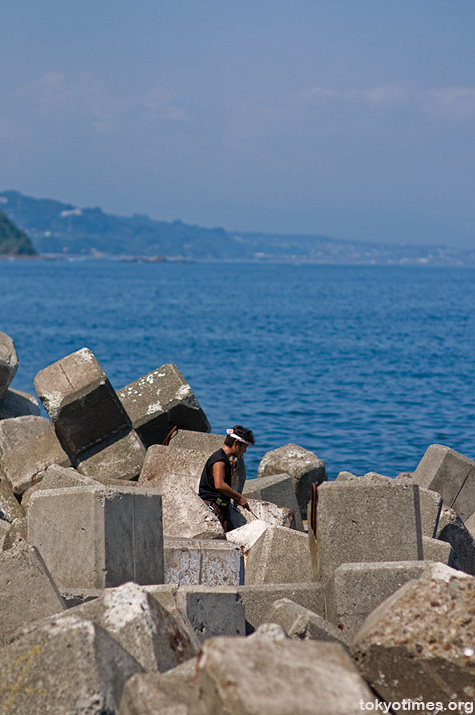