In a crime that is baffling to say the least, a 34-year-old Tokyoite has been arrested for throwing acid at the buttocks of several women. The charge being an almost equally bizarre ‘willful destruction of property’.

Tsukasa Saito it seems acquired the acid from the metalworking company he’s employed by, and riding his mountain bike he would hurl it at the bottoms of denim wearing women. His victims luckily suffering no physical injuries, although their jeans had holes burned in them.

Saito-san has apparently admitted to the allegations, and explained his behaviour by saying, â€œIt really turned me on to see a bottom in a pair of Jeans.â€ Although why this should prompt the aforementioned posterior to be doused in acid remains a mystery.

News of the acid flinging arse maniac’s arrest was greeted with joy amongst the capital’s denim wearing population. Prompting those who had fled to the countryside in fear of an attack to make plans for a speedy return. 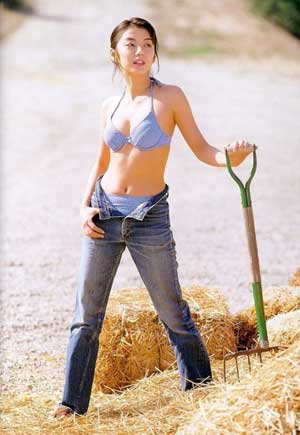