Japan may well be one of the world’s most affluent nations, but the current food crisis is still being felt by the country’s cost-conscious consumers. Butter for example has actually been absent from supermarket shelves in some places, and even the single man with his loyal companions of instant noodles and lager has had to suffer his first price rise in years.

However, if such a fella should sensibly supplement his diet with some fresh but far from exotic fruit, heaven forbid that costs in this department should increase, as a (yes a) measly mango can set a salary man back a phenomenally fruity 8,400 yen (81 dollars). 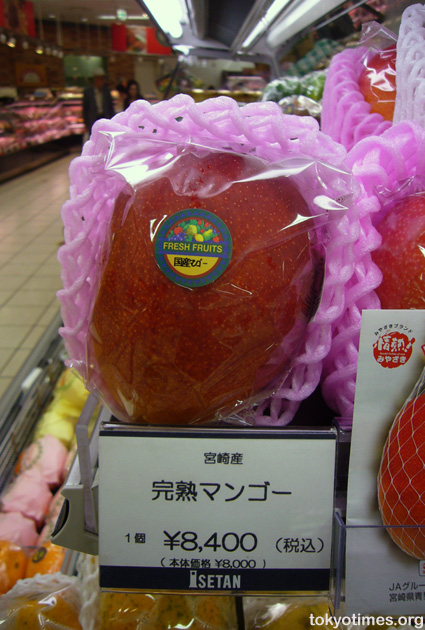 A figure that arguably makes these similarly priced grapes appear something of a bargain — them coming in a box and numbering more than one.

Cherries on the other hand are another matter all together, as pretty packaging aside, for 12,600 yen (121 dollars), a young man could probably pay less to actually pop his cherry than purchase one.