After 20 years off the menu, whale meat has once again returned to school lunches in Wakayama Prefecture. Not just in a few selected schools either. As 85% of the Prefecture’s kids are now wolfing down whale. A figure somewhere in the region of 57,900 students. 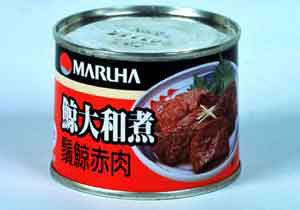 From all accounts this new addition to the menu is going down well too. With Tetsuji Sawada, an official from the board of education saying, â€œWhale meat is served as burgers or meat balls or marinated with sweet and sour sauce so that the children can eat it easily. Children say it is really tasty.â€ And in an apparent attempt to justify this controversial decision, Sawada-san went on to say, â€œThe purpose of having whale meat lunches is to let our children know Japanese whaling tradition and whale food culture.â€ 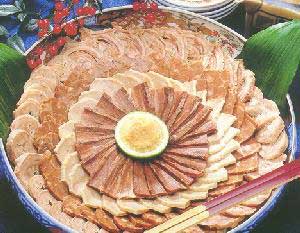 Whatever the (possible) merits of this move, it turns out that the Wakayama educational office had been lobbying the Fisheries Agency for months to lower its prices and make whale meat a viable option for school lunches. And through the help of the government its wish has finally been granted. Resulting in 100 grams of whale meat dropping in price from 500 yen to 125 yen. Making it similar in price to chicken and pork.

Now call me cynical, but could this substantial drop in the price of whale meat be connected to the Fisheries Agency’s new and expanded research activities?