With a great deal of fanfare, the Bank of Japan recently released new and improved bills to reduce the growing number of forgeries in circulation. With their intricate designs, watermarks, and even holograms, the new notes are thought to be almost impossible to reproduce.

It’s a good job they did too, as on Wednesday Tokyo police arrested a 14-year-old-boy for copying old (but still in use) 1,000 yen bills on his home computer. Using nothing more advanced than a standard printer and scanner, the entrepreneurial youngster managed to produce notes that when compared with the genuine article were relatively easy to detect, but on their own would not have aroused suspicion.

And it seems that once again the evil internet played a telling part. The crafty counterfeiter learnt how to forge bills from an article in a magazine that he bought online. 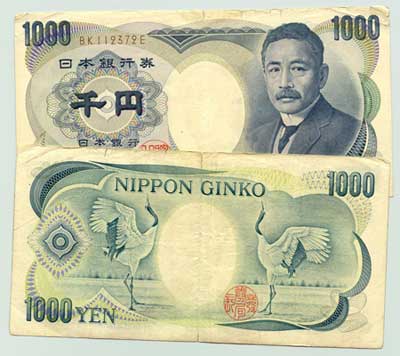 Cut, paste, print, and you are all done