Building regulations in Tokyo appear relatively relaxed, with construction in a constant state of flux. And, in the seemingly unsystematic cityscape, considerable amounts of concrete come across as the only recognisable requirement.

Well, except for fugu (blowfish) restaurants that is, as it would seem that in the realm of dangerous delicacies, a certain form has to be followed — namely the flaunting of fantastically sized fish. 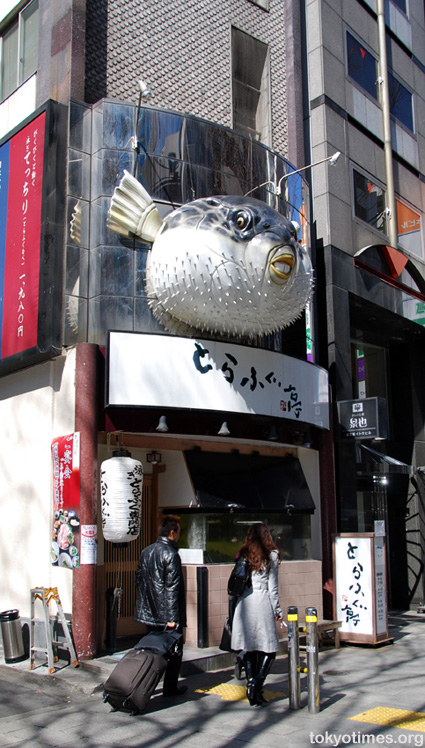 Photographic evidence of two such restaurants in the whole of Tokyo surely attesting to this trend, 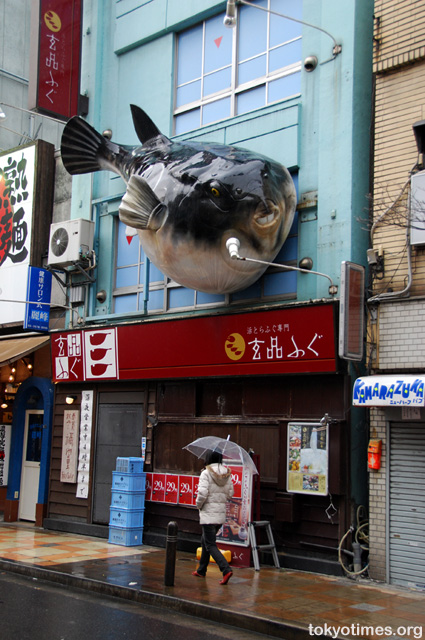 with the more ferocious looking the fugu is the better. 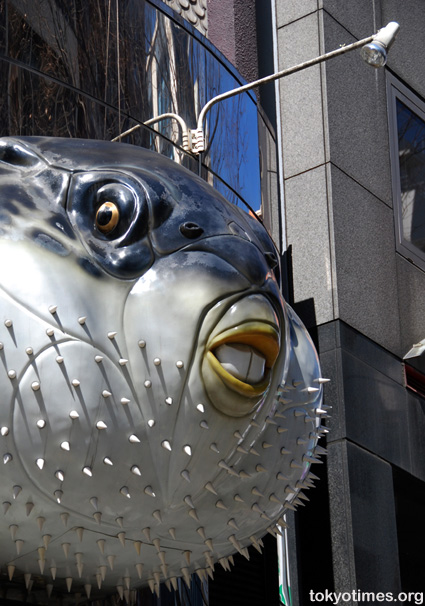