It would seem that whist some people list sport, reading, or music as a hobby, a certain section of Japanese society could quite legitimately list groping as theirs. Or if not as a hobby, at least as a pastime.

Reports of gropers abound, with the majority of perpetrators preferring the nation’s packed trains to practice their art form. But whilst most gropers see it as a purely solitary pastime, others have actually gone as far as creating a club in order to share their stories and learn new techniques.

Thankfully women are beginning to fight back, but certain train companies have resorted to having ‘women only carriages’ in a desperate bid to reduce the problem. But with a steady stream of groping stories appearing in the newspaper, the battle is far from over. 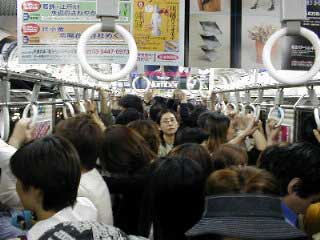