His pulsating performance of 69 hamburgers in 8 minutes, was so stunning that it prompted David Baer of the International Federation of Competitive Eating to trumpet, “Kobayashi is, without a doubt, the greatest eater ever to live upon planet Earth.”

Er, right David, we get the message. 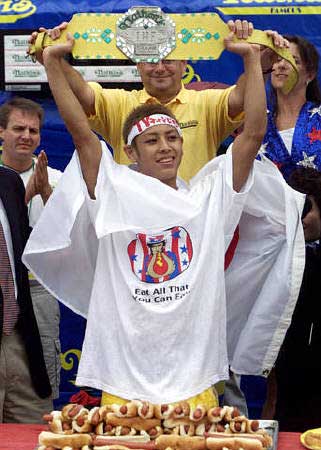 And that’s him, the earth’s greatest ever eater. A proud and teary-eyed David on the left perhaps?