With the fairly recent addition of a fancy new hotel and cinema complex, Tokyo’s wonderful grubby Kabukicho red light district has started to see distinct signs of gentrification. So families now mill around on a day out, and tour groups regularly move through en masse, frantically firing off smartphone and tablet photos like their lives depended on it.

But for the time being at least, it still maintains a good amount of rough and ready charm. Drunks, for example, can still be seen passed out on the street. Both male and female. Or even males pretending to be females. Plus the area’s various alleyways remain incredibly dingy, with some of its eateries not all that dissimilar. And as such, weekend afternoons in particular are still as gritty and marvellously impromptu as ever. 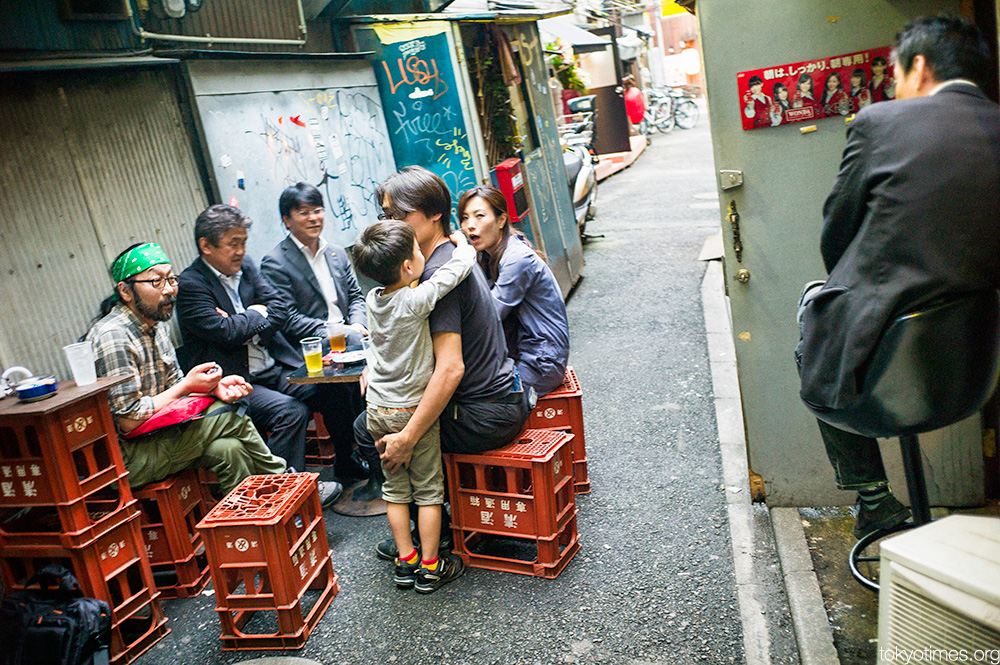