For fans somehow not content with the recent release of the Hello Kitty banana case, Japanese mobile phone operator SoftBank has teamed up with Sanrio to produce a series of limited edition feline phones, each one decorated with dozens of crystals to faithfully depict the deadpan deity’s rather featureless face. 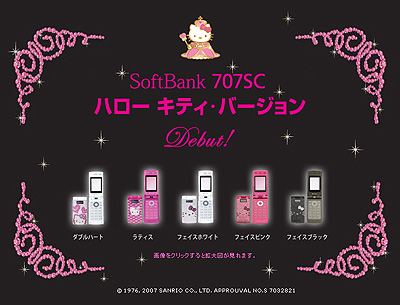 A set of cell phones that are touted as gorgeous, although tacky could well be more truthful. 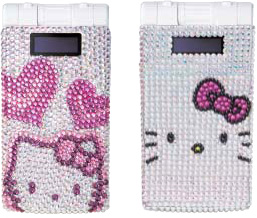 But either way, for those hoping to get their hands on such a prime piece of pussy, only 100 models of each design will be available, making them telephones to be treasured for the lucky few. 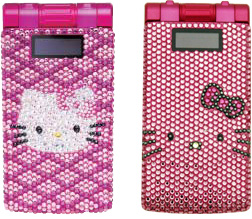 Or alternatively quickly traded online for a massive amount of money.