With bountiful winter bonuses and year-end bonenkai bashes aplenty, December is invariably a month of debilitating drunkenness in Japan, with even the addition of a decent dollop of debauchery for those daring enough.

But, while many establishments are keen to boast about what beverages they have available, some of them aren’t nearly so smitten with some of the side effects of said consumption — especially when one of their walls is positively begging to be besmirched by a boozer whose bladder is embarrassingly about to burst. 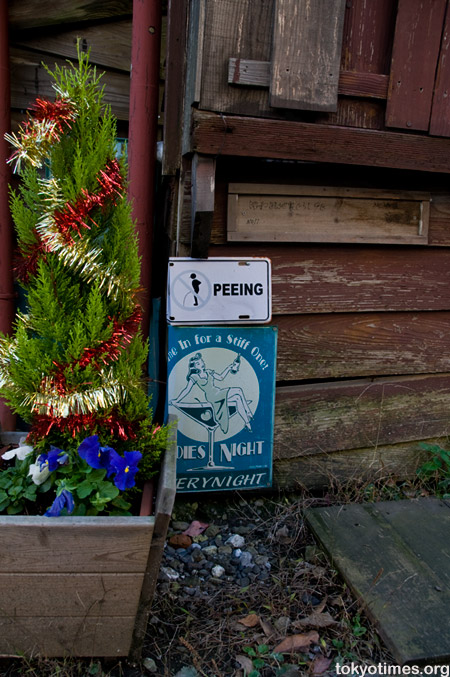 Yet somewhat surprisingly with a conifer there for camouflage, their fears remain unfounded. 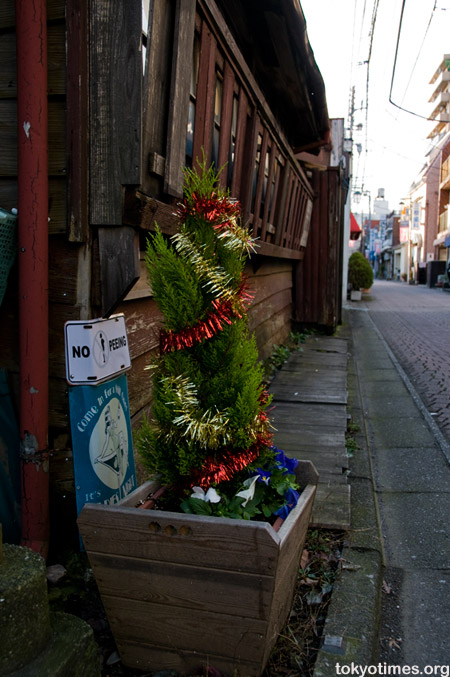