Despite having super powers and suits that definitely don’t looked designed for daily discharges, super heroes still need some sustenance, and Ultraman it would seem has a soft spot for cider. 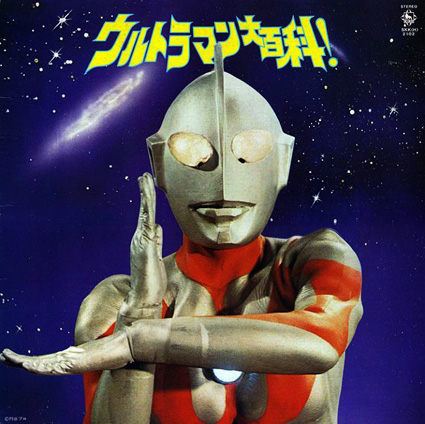 A drink so dear to his heart — should indeed he have one — that it is now available as Ultra Cider, complete with a can similar to his suit. 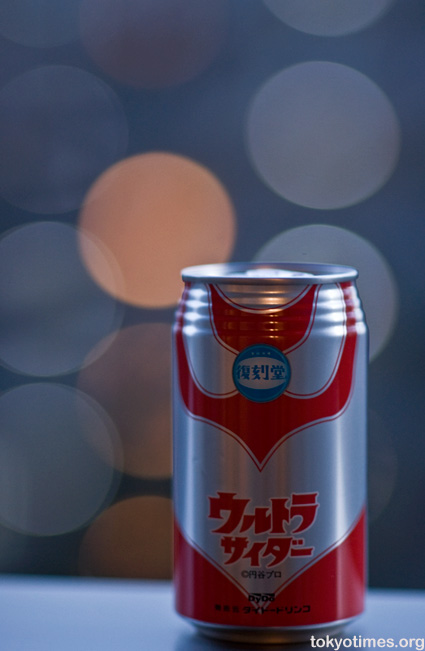 A garment that presumably comes in a plethora of patterns due to beverage behemoth DyDo designing six different cans to collect. All of which unfortunately contain the same contents. As, while ultra cheap at 100 yen a pop, one of Ultraman’s powers mustn’t be his palate, because it’s ultra bloody abominable. 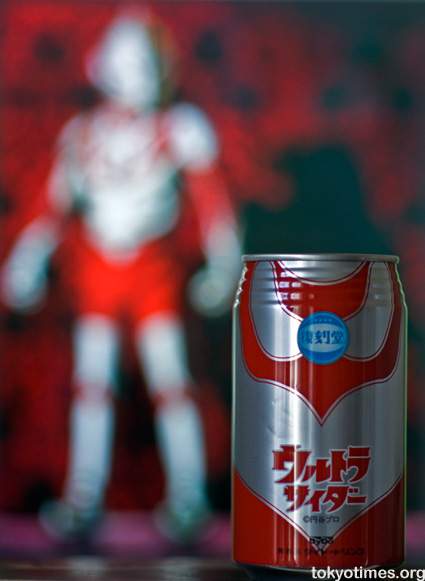 Like the fizziest liquid known to man combined with the not so subtle assistance of an additive attempt at apple — only worse.

The other five cans can wait.