Many Japanese supermarkets may arguably not maintain the same amount of mind-boggling choice as those found in other parts of the world, but it doesn’t mean that competition isn’t equally as cutthroat, with numerous companies competing for the same customers.

A situation that has prompted one manufacturer to become more than a little imaginative with one of its product lines, cleverly latching on to the nation’s love of all things cute with some sensationally shaped, erm, sausages. 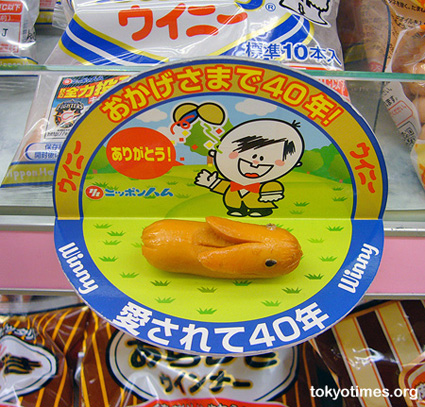 What other wiener-based wildlife will be unveiled is supposedly a closely guarded secret, although the upcoming advertising campaign aimed at adults may be a little easier to predict.