Tokyo, it has to be said, is not exactly blessed with greenery, but in neighbouring Yamanashi Prefecture, they have a veritable glut of the stuff. 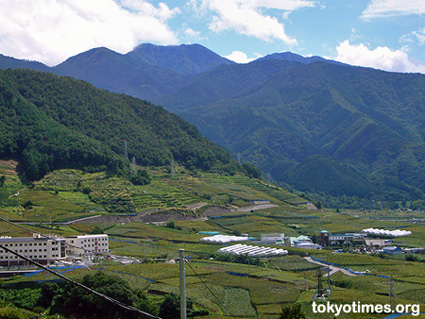 Although thankfully for the purist, there is a generous enough smattering of concrete accommodation to give it at least a hint of that traditional Tokyo-like topography. 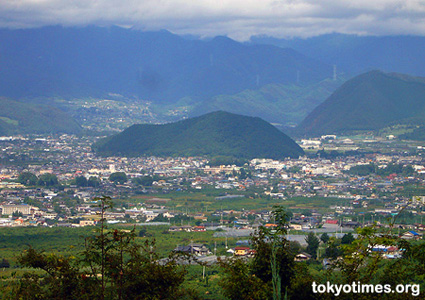 Somewhat surprising however is that a large amount of the colouring comes from grapes, with this part of Yamanashi in particular positively bursting with them. A crop that, considering the Japanese love affair with packaging, thankfully comes complete with wrapping — or at least a preliminary part of it. 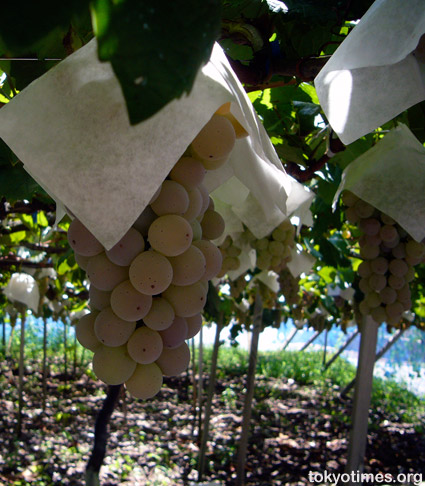 Such an abundance also means that the region is blessed with wineries, making the thought of a trip all the more worthwhile. But despite the use of foreign names, 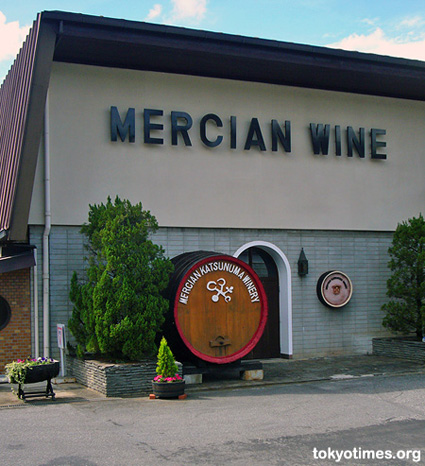 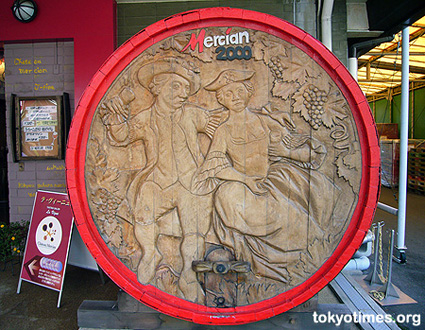 the end product could be politely described as poor, unpalatable even. The labelling of one particular tipple as ã™ã”ã„ ãƒ¯ã‚¤ãƒ³ (great wine) arguably taking optimism to previously uncharted territory. 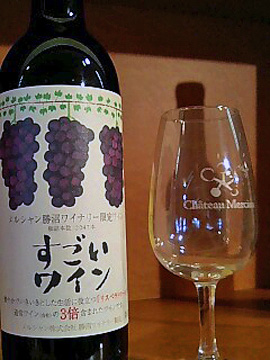