For the man in Japan who’s had enough of his own handy work but is unable to palm the job off on to somebody else, there are thankfully a few alternatives.

For starters, there’s the almost infamousÂ robotic reliever, but at 34,500 yen (336 dollars), it doesn’t, so to speak, come cheap.

Thankfully though, for the fella who doesn’t want to give his budget, or indeed his old boy, a severe pounding, help is at hand in the more compact form of Tenga — still a fairly fancy form of relief, but with a far more affordable fee of around 1,000 yen (10 dollars) a pop. Not a bad price considering that technology wise the Tenga is probably more advanced than its more mechanical cousin, and with all the innovations on the inside, it’s simply a case of sitting back and making a simple insertion or two. 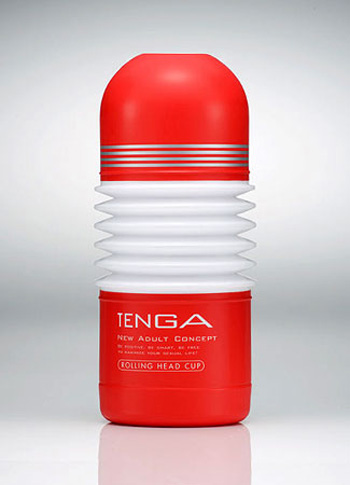 Also, like any Japanese products worth their salt, there are cute characters to represent the range, all the way from soft, to hard, 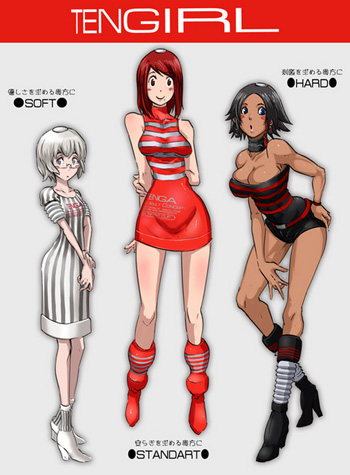 along with a couple of rather comical commercials, that, considering the content, are way too dodgy for the workplace.

There’s this one for the, erm, Deep Throat Cup,

and another that was designed for the debut of the Black and White.

Finally, for the person tempted to invite their mate round for a tipple and the try of a Tenga, there’s always the option of the Double Hole Cup, 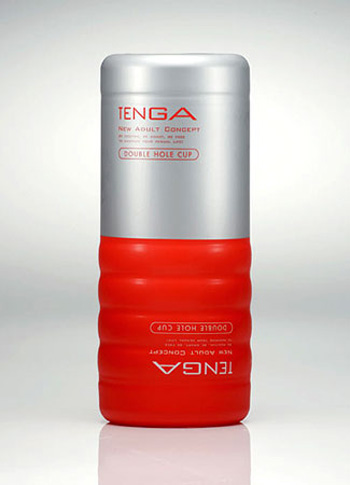 which tenders a whole new interpretation to the term ‘two’s-up’. 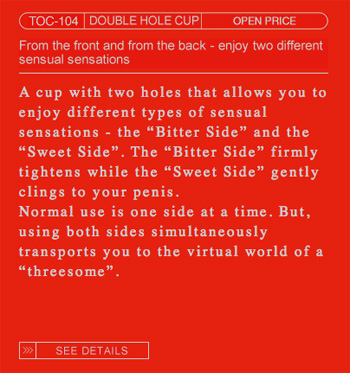