There’s no denying that the societal pressure Japan puts on its people can be suffocating — some would say even insufferable. And that’s arguably nothing compared to the almost systematic overwork and wearing down of the workforce. Yet as far as getting lairy and lagered-up is concerned, the country can be almost lovingly lenient.

Meaning that whereas Britain for example is always banging on about binge-drinking and being disciplined, in Tokyo — or at least on its metro — manners are much more important. So, instead of trying to persuade people to make do with moderation, 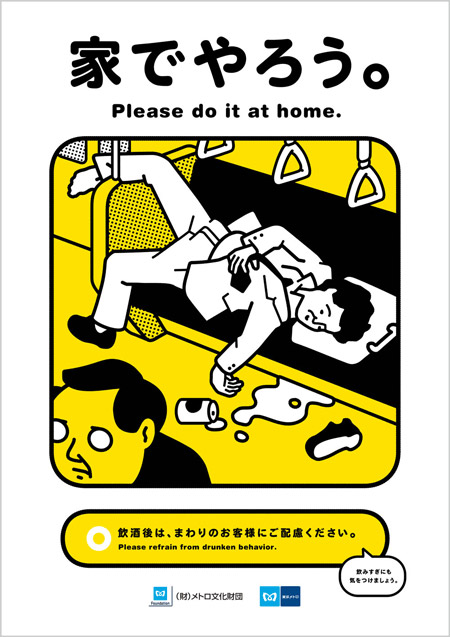 they are merely petitioned to get plastered in private rather than in public.