One of the benefits — apart from beer — of eating at one of Tokyo’s tremendous number of izakaya or the like is sharing a phenomenally varied selection of food, all the way from the good to the gristle.

Or at least it used to be as, with a sizeable number of salary men now worried about losing their job or suffering salary cuts, rumours have become rife about a disturbing new trend involving many people acting in a mercenary manner in regards to the menu. A practice that apparently reached a pinnacle of sorts last week, when an unnamed engineer on a night out with a group of vegetarians, is said to have ordered nothing but animal-based offerings and then had the temerity to tackle the tofu.

And, in fad and indeed food obsessed Tokyo, this disturbing new development has already started to make inroads with this rapidly renamed restaurant. 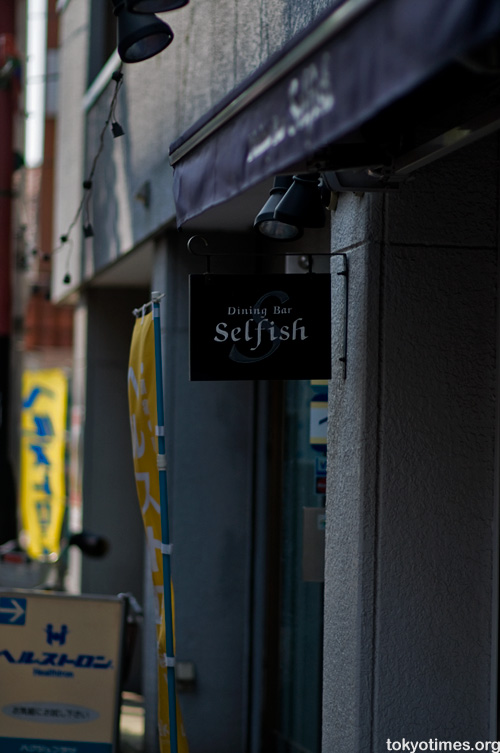