“It appears obvious there is almost no market for whale meat, so if the Japanese government will not listen to the conservation argument to stop whaling, perhaps Iceland’s official recognition that there’s no market for the meat could finally encourage Japan to stop its expanded ‘scientific’ whaling program.”

The market for whale meat in Japan is probably nowhere near the size so-called ‘scientists’ may suggest, although Mr Carter’s claims that there’s almost none is equally suspect. It’s true that schoolchildren in certain areas are being lumbered with the stuff whether they like it or not, but on the other hand, some people do seem to buy it simply because they want to.

Plus to try and increase interest and tempt those willing to give it a whirl, whale is now available in cute little cans. 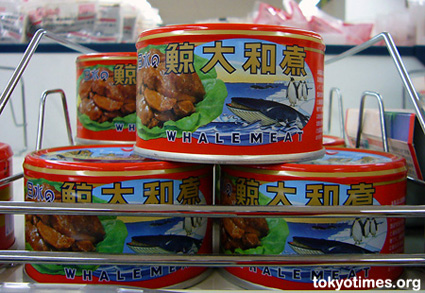 And for those after something fresher, supermarkets seem to have finally sussed that presentation could be a powerful tool in boosting whale sales. This for example doesn’t look especially appetising. 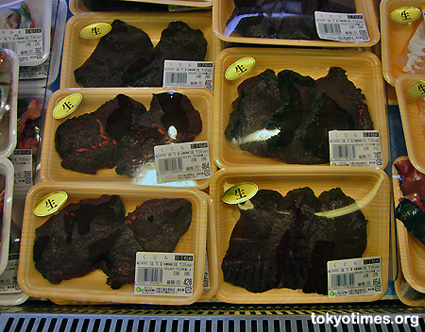 But with the addition of a bit of green and a lovely little flower, the minke below is much more appealing. 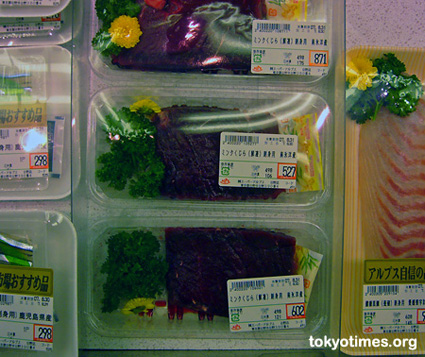