The almost laughable nature of Japan’s ‘scientific’ whaling programme is so infamous that it needs no further explanation here, but possibly (albeit at a very large push), it would be a little more understandable if there was more honesty in regards the vast amount of post-science produce on the market, as, for Japan’s ever-growing older generation at least, whale is something of a special treat — the smell and taste of it taking them back to their younger days, when whale was not only standard fare, but also a staple of school lunches.

And yet that said, when presented with a plate full of the stuff, 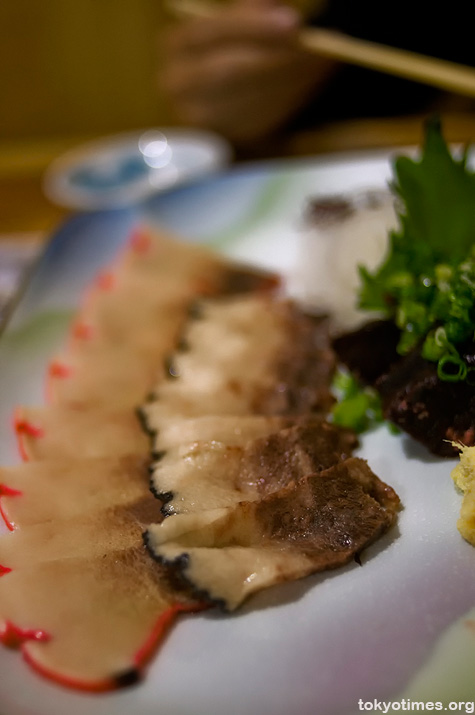 such knowledge doesn’t necessarily make it any more palatable.