In a move that is far from premature, the Japanese contraceptive industry is set to thrust its way into the 21st Century next month; Okamoto Industries having worked feverishly to release its new product — the nation’s first spermicide-coated condom.

Further proving that Japan is no slouch when it comes to birth-control, Managing Director Atsushi Okubo breathlessly explained to reporters that, â€œCoating the inside of the condom with spermicide will further ensure that pregnancy doesn’t happen.â€

A statement that no doubt wowed the gathered throng of reporters, yet such excitement will surely pale into insignificance when compared to the company’s promotional plans. As in a bid to get the word out, in-store videos will form part of a nationwide marketing blitz. The short ads set to have shoppers salivating with fast action films of, er, sperm being killed by chemicals.

Still, if this rather conservative approach doesn’t work, the hired services of porn-star-turned TV celebrity Nao Oikawa is nothing short of a masterstroke. 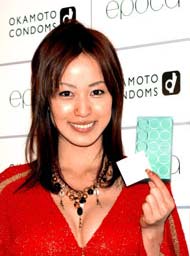 As with condom sales at a record low, the image of Oikawa-san is sure to create at least some growth. 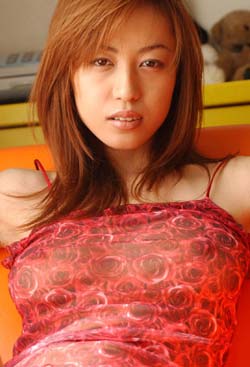