Lovers of Japanese food in London are currently up in arms over a chef preparing a pricey dish round the back of a restaurant and next to some dustbins. A spokesperson for the local council commenting, “While preparing food outside is not strictly against the law certain measures need to be taken to avoid the risk of contamination.â€ 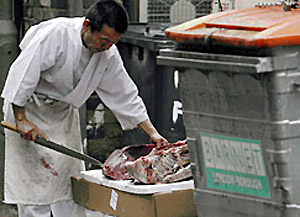 Yet as the restaurant, cleverly called ‘eat Tokyo’, is supposed to be a supplier of authentic Japanese cuisine, customers and the council alike should learn to stop being so squeamish, especially if it’s the real deal they are after — some blue fin being hacked up in far from hygienic surroundings simply the starting point for faithful fare.

A point perfectly proven at Tokyo’s Shin-Koiwa station last week, as a noodle stand served up its delicate breakfast dish of curry and noodles without knowing that an 8-centimetre-long rat had somehow positioned itself in the pot. The manager of the stall only finding out there was a foreign body in his breakfast broth after the animal got lodged in the ladle when the curry was being stirred; by which time it was already 8:30 a.m. and 18 people had happily wolfed down the hearty treat.

Not one of them making a complaint. 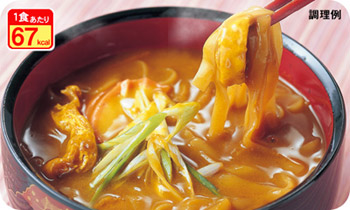