Whilst mouth-watering melons are popular all over the world, the Japanese in particular are very fond of the big and juicy variety. A point that was amply proven yesterday, when a department store in Sapporo paid a record 2 million yen (8,300 dollar each) for a pair of Yubari cantaloupes. Easily beating the previous but still preposterous price of 400,000 yen. 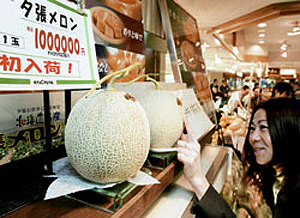 A spokesman for the department store in question said that the well-proportioned pair were bought with publicity rather than profit in mind, claiming, â€œWe were bullish in the bidding because we’re celebrating our 135th anniversary this year. We wanted as many customers as possible to see them.â€

Whilst one of the melons has rather amazingly been sold, 79-year-old shopper Ryoko Hino summed up the feelings of the majority of Japanese by stating, “It’s not a price I can afford.” An attempt to grab a couple of good-sized coconuts perhaps the best most of us can ever hope for. 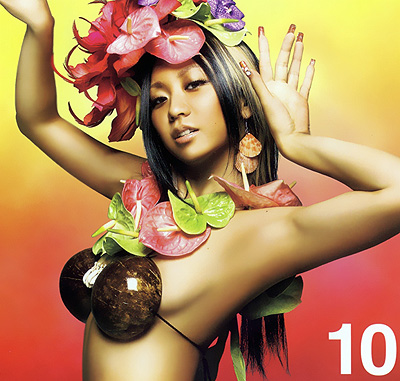