During December, 40 wealthy individuals in Tokyo will get the chance to sample some of the world’s finest wine, combined with an original menu by France’s chef of the century Joel Robuchon.

The event will be held on two separate nights, and goes by the rather apt title of Hedonistic Dinners. Organizer Robert Parker (a U.S. wine critic) has lined up 19 top vintages, including a 1921 Chateau d’Yquem, and a 1953 Margaux. And if that’s not enough, there will also be an 1864 Chateau-Lafite-Rothschild, which has been aged for a century in the Scottish cave that inspired Shakespeare’s Macbeth.

But all this comes at a cost, and as the title suggests, a place at the table will set you back a staggering 1,000,000 yen (5,000 pounds). A price that Parker claims will be unlikely to cover the costs.

I wonder if they’ll be doing a cut-priced lunch set? 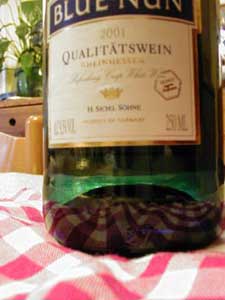