Whilst the pink and perky Kewpie doll may well have made its first appearance in a women’s magazine in the United States, its fame in Japan appears to stem from a close connection with mayonnaise; a company bearing the same name closely associating its egg, oil and vinegar based speciality foodstuff with the big-eyed baby.

In fact, as well as Kewpie appearing prominently on mayonnaise packaging, it even enhances the entrance to company buildings. 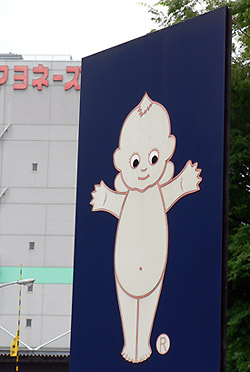 Such a close affiliation to the character however means that the soon to be released variations on the Kewpie theme by amusement firm Buildup may not exactly be greeted with the trademark open arms.

Well, the old man and melting models may not cause too much distress. 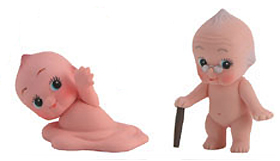 But the fat, and in particular the anorexic version, are quite possibly a different story altogether. 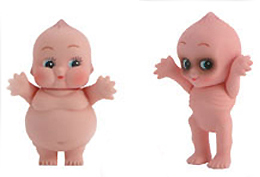