With such a gargantuan number of gadgets now available to do everything we could ever need — along with countless others to cover those things we didn’t even know we needed doing — industrial design has become increasingly important as far as success goes; the looks rather than the longevity of a device often dictating whether it will sell or simply sink without trace.

A detail it would seem that has definitely not been lost on one particular manufacturer of money changing machines, with the Japanese company’s latest ‘Glory Model’ being especially easy on the eyes. Its calming colours and pointless but pretty little lights possibly garnering even the odd glance from those not in the least concerned with converting some cash. 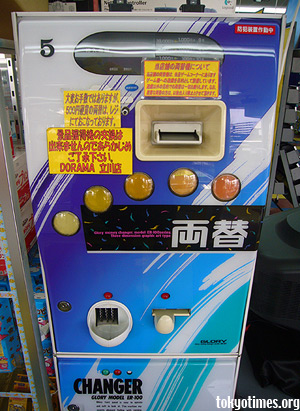 However as carefully designed as the cabinet obviously is, whether it really does ‘represent pleasant feeling’ is debatable to say the least. 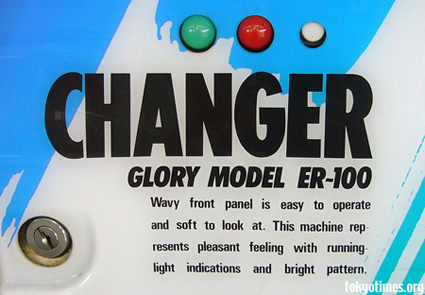