Despite many Japanese households being full of New Year food (osechi) for the first of the month, and indeed the foreseeable future, it doesn’t mean that when making a traditional visit to the shrine, overindulgence needs to stop. In fact, quite the opposite is true, as there’s often more than enough fare there than one could ever wish to waddle over to.

However, as good as such Japanese street food is, those actually making it are arguably more interesting, with this fella being my previous, and still ever-present, local shrine favourite. 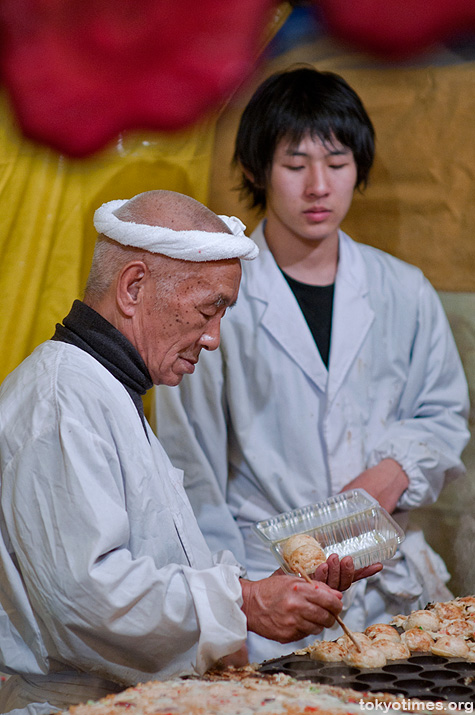 But this year, with his towel. 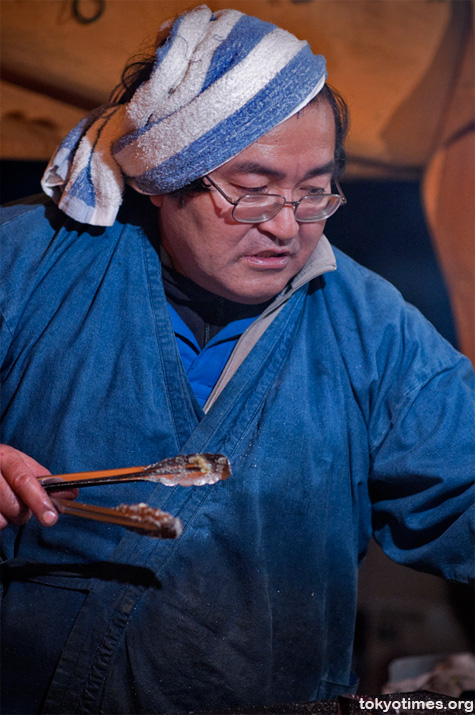 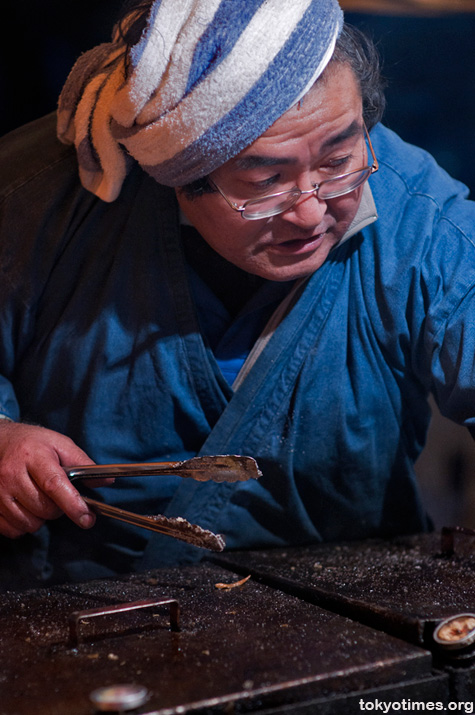 This man took the title.