For those willing to pay the often mindboggling membership costs, or alternatively fork out the still substantial but far more affordable green fees, access will be granted to the eccentricities of golf in Japan, like big meals and beers midway round, and the slightly comical language localisation; including the almost cute ‘caddie-san’, as well as my own personal favourite, ‘Nice on!’. The seemingly ubiquitous ‘Nice on!’ being happily hollered every time a player manages to manoeuvre his ball onto the green, regardless of whether he happens to be bearing down on a birdie, or building up to an embarrassing bogey.

In fact, it has now become such an integral part of proceedings, that beverage giant DyDo has started selling this Nice On soft drink. 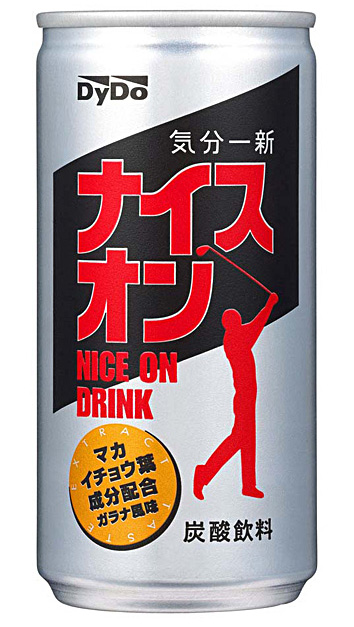 A soda that supposedly contains stuff like ginkgo leaf and maca, which is all well and good for a bit of a boost, but when all is said and done, it has been named Nice On.

Is that not novelty enough?