From students to salary men, the iPod is the current gadget of choice. Those distinctive white ear buds are everywhere, and the queues in Ginza’s Apple Store are reminiscent of those once seen in Russian supermarkets. So with this in mind, who can blame Sega for trying to cadge a lift on the iPod express with its new robotic pet?

Ok, so the idog isn’t a music player (as such), and as the name suggests it’s a dog. But take a look at the picture. It’s white and it starts with a little i. 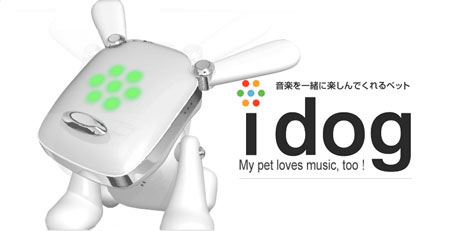 Like its far more advanced (and expensive) robotic cousin Aibo, the idog responds emotionally when touched. Well, different coloured lights come on dependent upon which sensors you stroke. But the main selling point is its musical ability. The idog contains 720 internal musical phrases, and has the ability to improvise tunes when you wave your hand over the phototransistor on its head. However what kind of tunes and how much ability we are talking here I don’t know. It can dance as well though, so that should make up for any musical deficiencies for at least 5 minutes I would have thought.

And whilst all this is not very iPod-like, little robotic rover has an audio jack for an external player. And I don’t need to tell you which is the player of choice… 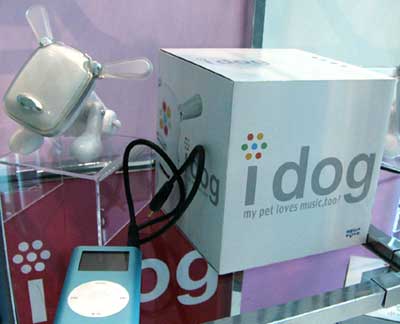