Well-known economist and former television commentator Kazuhide Uekusa denied charges of groping a high school girl this week, after being arrested in connection with the incident in September. 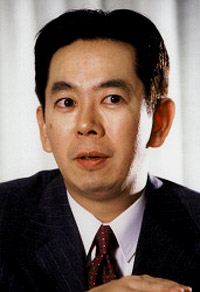 At the case’s first hearing in Tokyo on Wednesday, the 45-year-old denied the charges, which according to the indictment took place on a train, with Uekusa allegedly putting his hand up the student’s skirt and feeling her buttocks — an unconventional commuting pastime that resulted in other passengers seizing the perverted professor and handing him over to the police.

In court the accused remained calm, claiming, “I swear to the heavens that I did not commit such an act.” However Uekusa-san’s vision of heaven may not follow conventional norms, as the ex-Waseda University employee was convicted of public indecency in 2004 for trying to peek up a 17-year-old girl’s skirt using a mirror.