Yesterday saw the release of the Sony PSP, and as widely expected, the initial shipment was sold out by the end of the day. Perhaps even more predictable (despite a relatively low-key promotional campaign) were the lines of game enthusiasts lined up outside stores way before opening time.

The dedication of these people is shown in this picture I came across. The dark, cold, and ungodly hour appear to be only a minor hindrance compared to the shiny new handheld waiting inside. 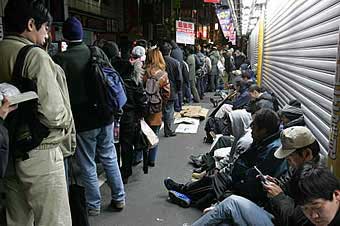 And this young man’s beaming face proves that for him at least, the waiting and effort was undoubtedly worth it. 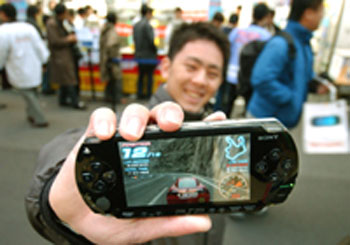 So with the PSP and the Nintendo DS now both out of the bag and enjoying equally brisk sales, it will be very interesting to see how the battle for handheld supremacy develops. Whilst I think there is room for both machines (as they appear to be targeting different audiences) there is also a great deal of overlap.

And with its sleek black design and surprisingly large screen, my money (for what it’s worth) is on the PSP.