After a surprising lack of hype up to now, the Sony PSP bandwagon seems to be finally gathering a bit of speed. And at some of Tokyo’s busy stations, PSP’s are on rather prominent display. 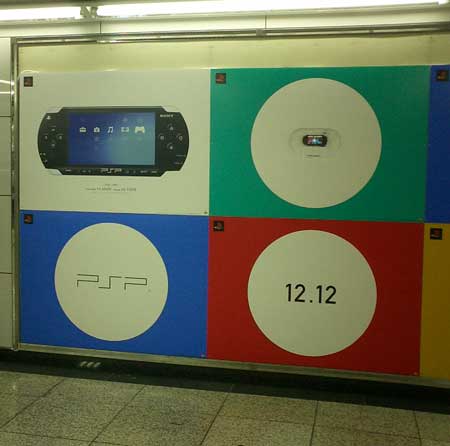 Now it has to be said that whilst I was in Tokyo station, people weren’t exactly moving en masse to get a look at Sony’s new baby. But presumably wild and unruly crowds were expected, as security was tight. 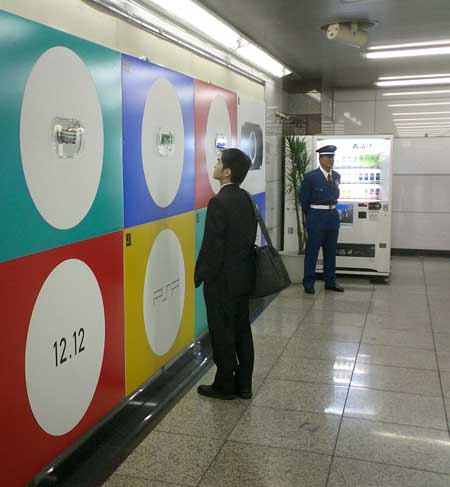