Despite already boasting a considerable number of traditional customs, Japan still has no problem at all in importing foreign festivities — especially financially profitable ones — and giving them an imaginative twist to make them more money meaningful.

So, Valentine’s Day now boasts obligatory gifts as well as White Day a month later, and Christmas too has been converted to make it more palatable, although the nation’s fondness for feasting on ‘festive’ fried chicken is frankly unfathomable.

As, it has to be said, is the blending of traditional Japanese bondage (link contains bare bodies) with the bearded and big-bellied bearer of Christmas gifts. An art-form that, while strangely becoming on a suitably attired siren, 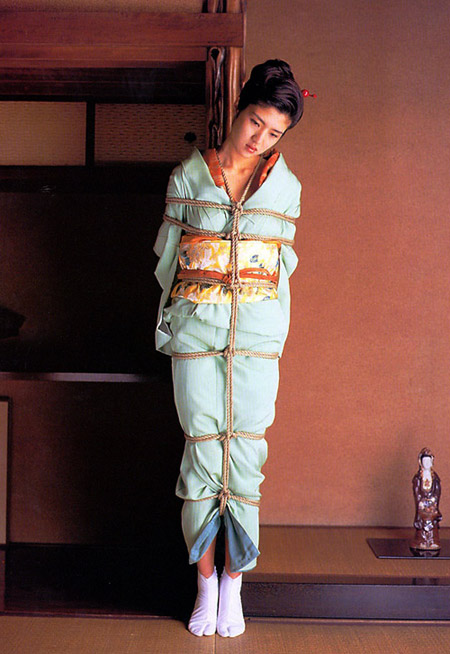 somehow isn’t so sensuous on a suited, 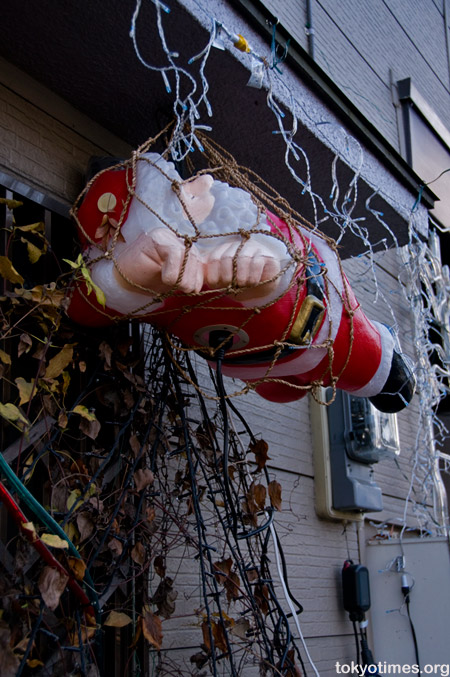 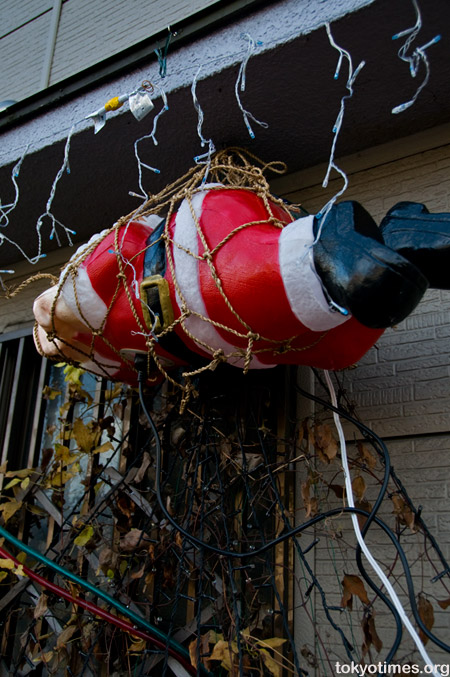