55-year-old Kazumasa Ota was arrested this month after being apprehended by an unidentified company employee. The diligent citizen spotted Mr. Ota attempting to snatch a 4th piece of underwear from an apartment balcony, and bravely detained him until the police arrived.

The underwear-loving thief is suspected of being a keen panty plunderer for over 30 years. And after searching his house, police found 30 cardboard boxes packed with more than 4,000 items of women’s underwear. All carefully folded up and protected with moth repellant.

When questioned by police, Mr. Ota said, “I like women’s underwear.” Surely a contender for understatement of the year. 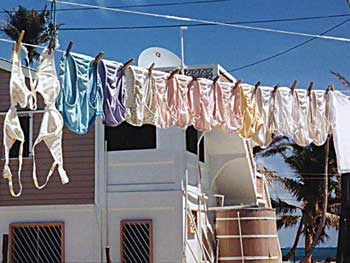