It would seem that the hullabaloo surrounding Fifa president Sepp Blatter’s comments on women’s football have begun to die down.

For anybody unaware of this story, Fifa’s illustrious leader decided to weigh in with his suggestions on how to make the women’s game more popular. Mr. Blatter is quoted as saying,

“Let the women play in more feminine clothes like they do in volleyball.”

And just in case there was any doubt as to what he was proposing, he went on to say that,

“They could, for example, have tighter shorts. Female players are pretty, if you excuse me for saying so, and they already have some different rules to men – such as playing with a lighter ball. That decision was taken to create a more female aesthetic, so why not do it in fashion?”

Now generally I don’t agree with most of Mr. Blatter’s utterings, but the picture below made me think that this time he might just be on to something. 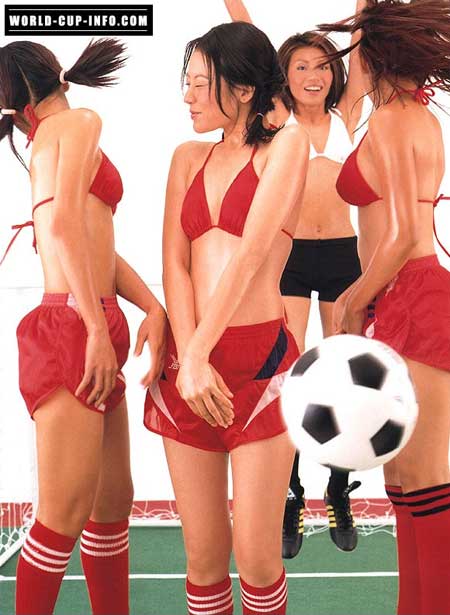