With the country still in the midst of an elongated recession though, you’d think that such places would be on the decline. But think again. It turns out that the sex industry has adapted better than most in these lean economic times. Somehow it has managed to cut prices, yet at the same time improve the quality of its services. Perhaps not to the degree were you could hope to find offers along the lines of buy one, get one free, but nevertheless good deals are apparently out there for those wanting to indulge.

It seems however that such low price loving has created a new kind of problem. Namely a glut of penniless patrons. As it seems that some men just can’t get enough of these discount dalliances. So much so in fact that they are prepared to run the risk of financial ruin. For one 33-year-old real estate agent, the road to personal bankruptcy began last year.

His story starts like this. â€œMy boss had invited me to a low-priced soapland [a place offering soapy massages complete with extras] in Shinjuku. When we arrived, there was this fantastically beautiful woman. She had the triple whammy of face, long legs, and sexuality. Plus she was nice and quickly made me forget all the stresses from my job.â€ 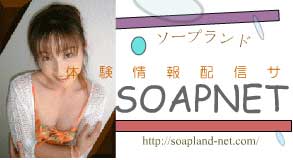 In fact, not only did this soapy siren make him forget his job, but arguably the rudimentary basics of personal finance. His visits to soapland quickly became an addiction (or perhaps obsession is the better word), and despite the reasonably priced services, financial ruin was just around the corner. His frequent soapy sojourns resulted in this sorry state of affairs. â€œI borrowed a total of 4 million yen from 5 loan shark agencies. But now that I can’t pay it back, I’ve hired a lawyer for personal-bankruptcy proceedings.â€

From all accounts this story is not especially unusual, and the internet has helped spread the word and increase promotion. Many parlours (or whatever you want to call them) run their own web sites, and in the process many of the women featured have turned into starlets of sorts. Further increasing interest, and likewise revenue. 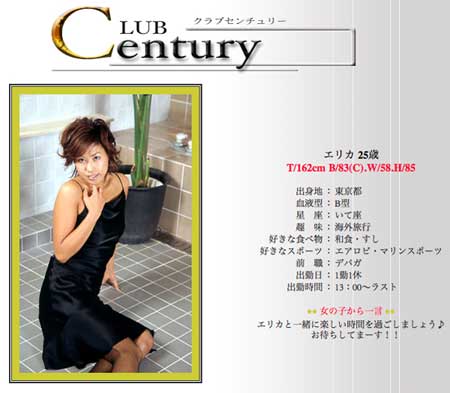 And if all this wasn’t enough, the abundance of camera equipped cell phones has also played its part. One parlour manager said, â€œIn the beginning we got requests asking if they could use them to take photos of the women naked. So now we allow picture taking, depending on how often the customer comes here. We think it improves our sales.â€

Judging by the sorry story of the real estate agent, this certainly seems to be true. Still, as long as he is able to keep paying his phone bill, he’ll at least have a few souvenirs to get him through the lean times ahead. On the other hand, bath time will never be quite the same again.