Sugamo, the so-called Harajuku for old ladies, is thankfully not an area awash with geriatric gothic lolitas, but is instead a shopping area geared up for the elderly women (and indeed men) who flock there. Jizo-dori, its main thoroughfare, is lined with shops and stalls selling the kind of clothes, food and assorted bric-a-brac that appeal to its target audience; all of whom hustle and bustle their way between them and the street’s popular Koganji Temple, or Togenuki Jizo as it’s also known.

Despite the age of those who predominate, however, there is no hanging about. Not by any stretch of the imagination. If you are in the way, you’ll be moved out of the way. 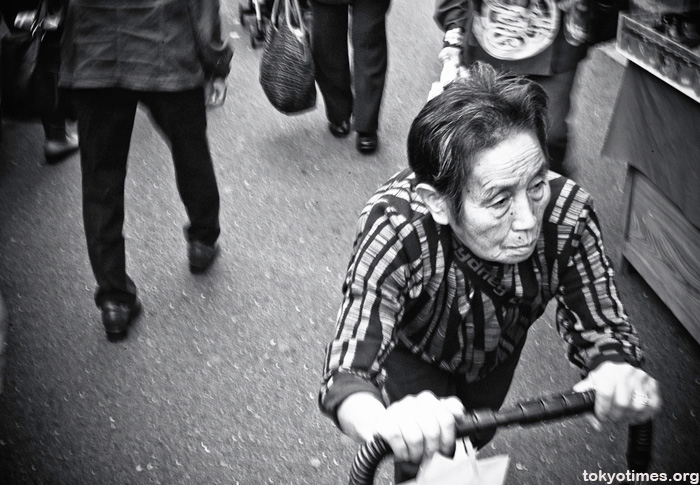 Sugamo also isn’t an area simply catering to the elderly — it’s run by them too. Many of whom should have officially retired years ago. 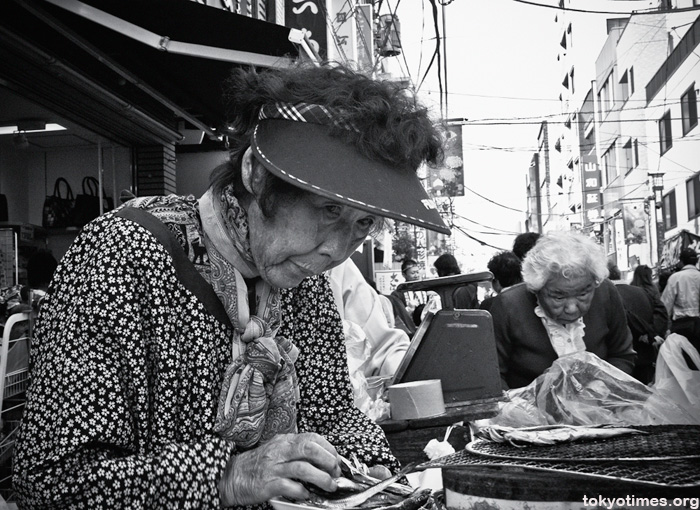 These old-timers and a few young bucks offer food and snacks of a much more traditional nature. The variety of which can clearly be dazzling. 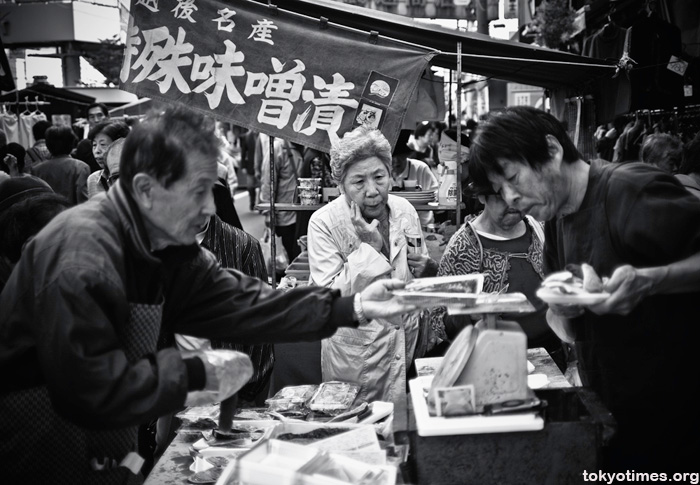 Plus along with numerous medical aids and potions for sale, the temple priests do a busy one-on-one trade in health-based prayers and blessings. 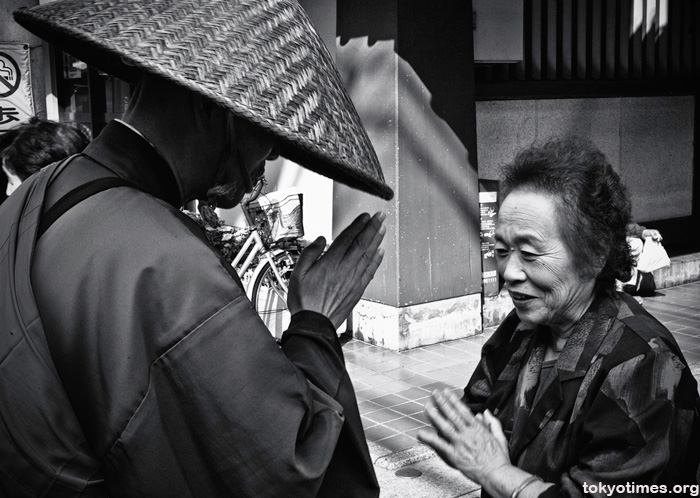 Presumably after which some decidedly non-healthy food can safely be consumed. 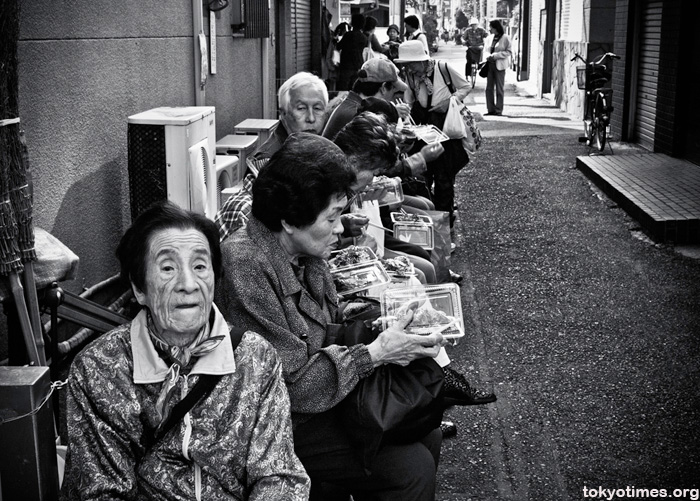 Also, like most areas of this nature, there are plenty of characters. Both walking about. 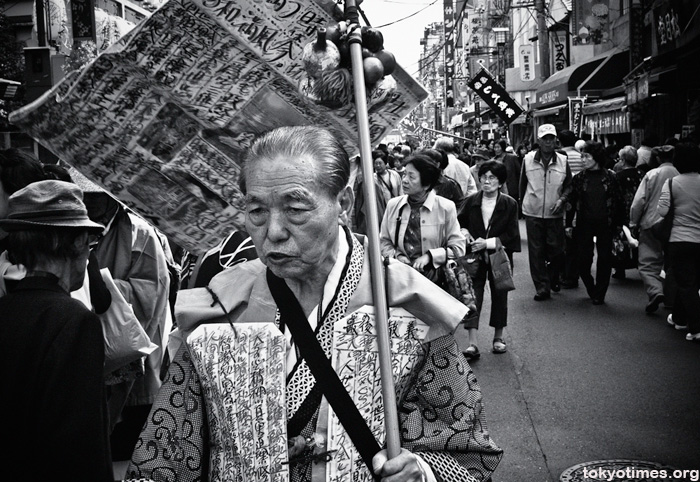 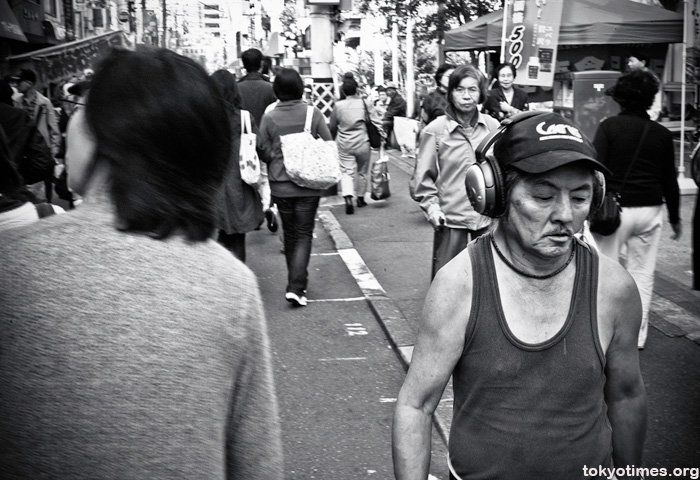 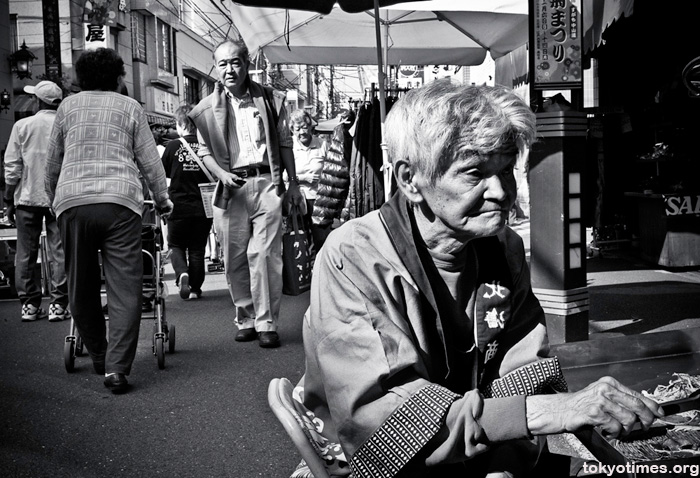 Many of whom, like those who visit, are intent on making the most of it. 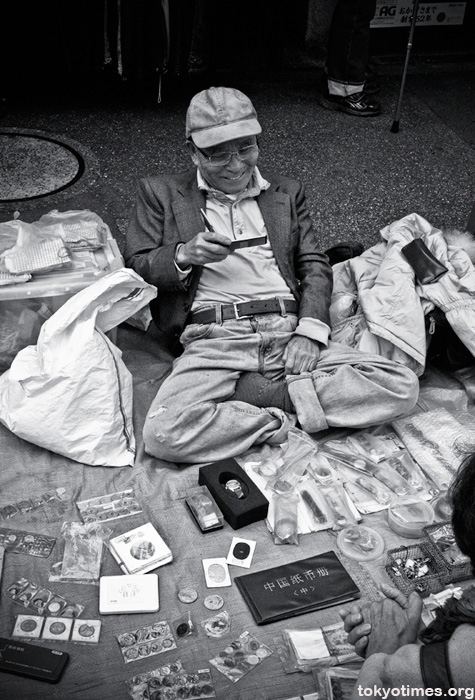