“Vending machines spread in Japan because of people’s demand for automation. Leaving aside the issue of whether this is good or bad, people clearly want to purchase things without having to talk to others.”

With 5.51 million vending machines already in Japan, Kurosaki-san may well be on to something; however as association head, he could be a little biased, as surely the vending machine is simply a convenient way of grabbing a drink or snack on the way to work, rather than an indicator of Japanese society’s uncommunicative character.

I mean, whilst beverages and bars of chocolate are one thing, it’s not as though people would happily go out and buy the likes of fruit and veg from a machine just to avoid meeting people. Now that would be an indicator of societal indifference. 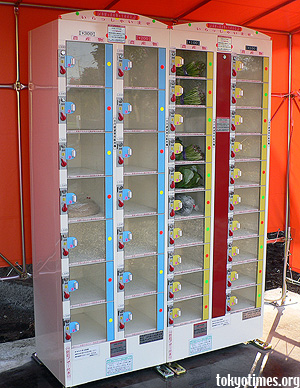 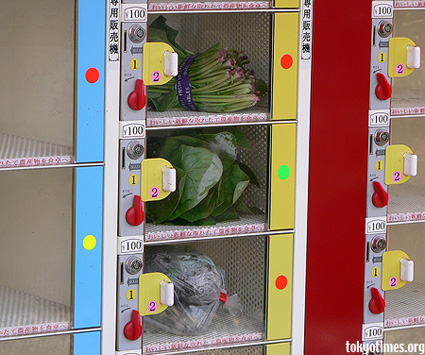 But of course, if the edibles on display looked particularly enticing, then it wouldn’t necessarily mean one was remote, just more than likely in a rush.

No, surely the only time people purposely use such machines to avoid interaction is when they are underage drinkers or smokers — a mind-boggling collection of cigarettes and alcohol colourfully calling them from almost every other corner. 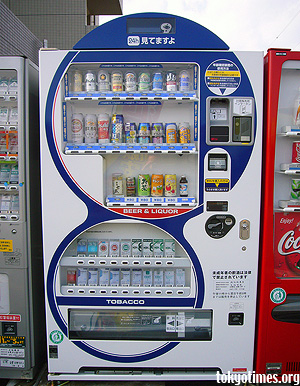 Or alternatively, when some entertainment of a more risquÃ© nature is required, but the thought of aimlessly chatting about the weather whilst clutching a stack of decidedly un-Disney-like DVDs is too much, then the trusty old vending machine is once again a silent saviour. 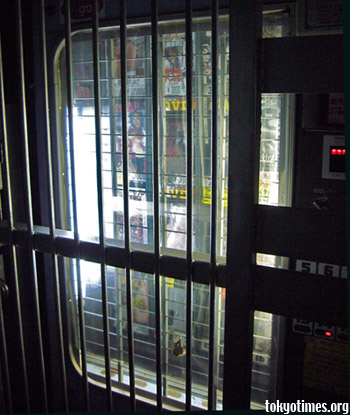